Hurricanes have been brewing in the Atlantic over the past week. Although Hurricane Lisa and Hurricane Martin had no impact on Florida, a new disturbance is heating up in the Atlantic — and could possibly impact parts of Florida.

With a chance of the storm hitting Florida, officials in Volusia County and Flagler County announced Thursday that they'll be tracking the storm which poses a threat to Florida's coastline. 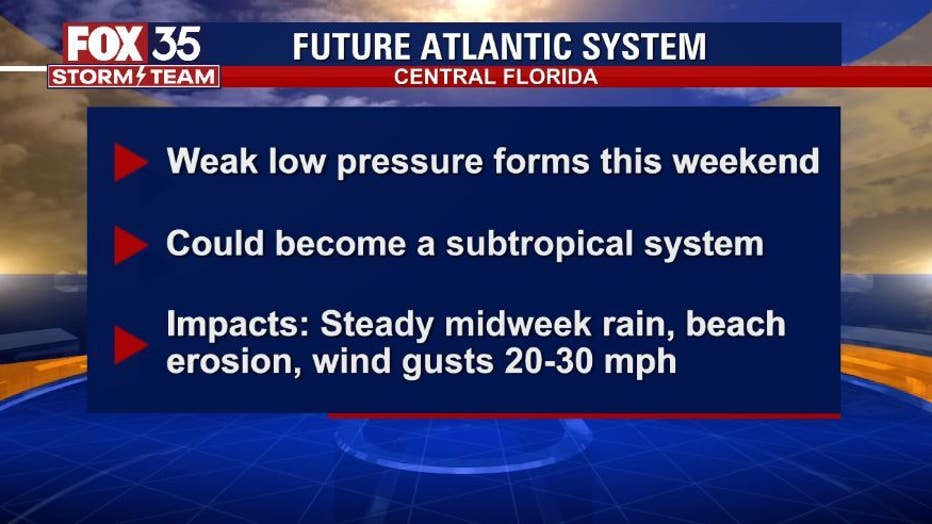 The storm is currently located near the Bahamas and is expected to bring severe weather such as high winds, higher tides, and surf beginning on Sunday and continuing into the following week.

FOX 35 Meteorologist Brooks Garner has a look at the tropical outlook in and around Florida.

Flagler County Officials warn that the Intracoastal Waterway may see minor flooding as tides are expected to be about a foot above normal.

"Our greatest concerns are the coastal impacts from higher tides and surf, waves of up to 7 feet," said Emergency Management Director Jonathan Lord. "This could further damage our already significantly-weakened dune system."

Officials with Flagler County said property owners on the coast should expect "direct impacts to the beaches and dune systems."

The Flagler Beach Pier is undergoing repairs after Hurricane Ian destroyed the historic pier and sand dunes surrounding it.

The destruction of the sand dunes leaves the county vulnerable and very exposed if another storm were to hit.

Volusia County officials have also warned coastal residents who should expect high surf and large breaking waves between five and 12 feet. They said the probability of coastal erosion will increase as the storm passes.

Volusia County officials are urging residents and visitors to stay off the beach this weekend through early next week.

With the loss of our sand buffer from Hurricane Ian and the significant coastal damage already sustained, beach conditions during this upcoming weather event are not conducive for beachgoers, the county said.

Hurricane Ian battered parts of Volusia County including one Daytona Beach shopping complex that was nearly unrecognizable after the hurricane. 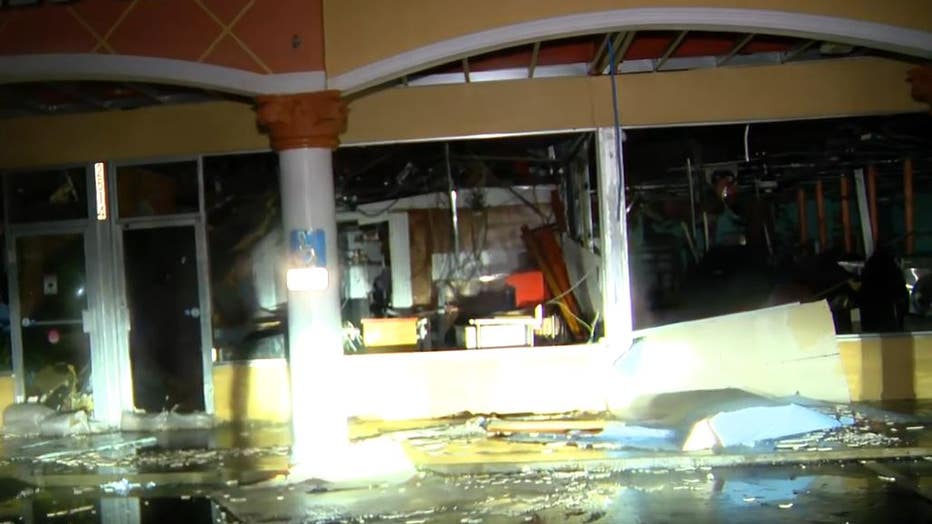 Stay with the FOX 35 Storm Team for the latest. Hurricane season remains in play until November 30.