ORLANDO, Fla. - UPDATE: One month after baby Nola was born, her mom spoke on Good Day Orlando about how she's coming along.

Cathy Soteropoulos shared new photos of Nola, who had a Christmas photo shoot with Santa. 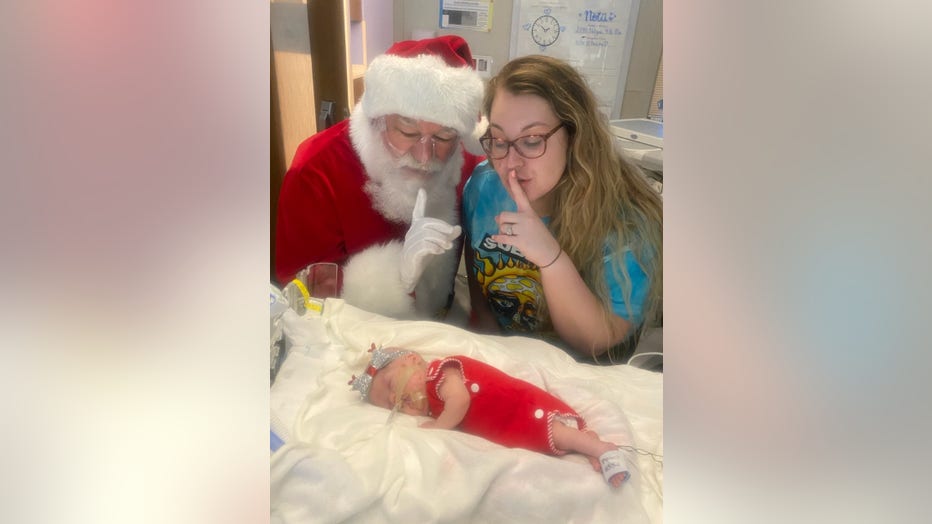 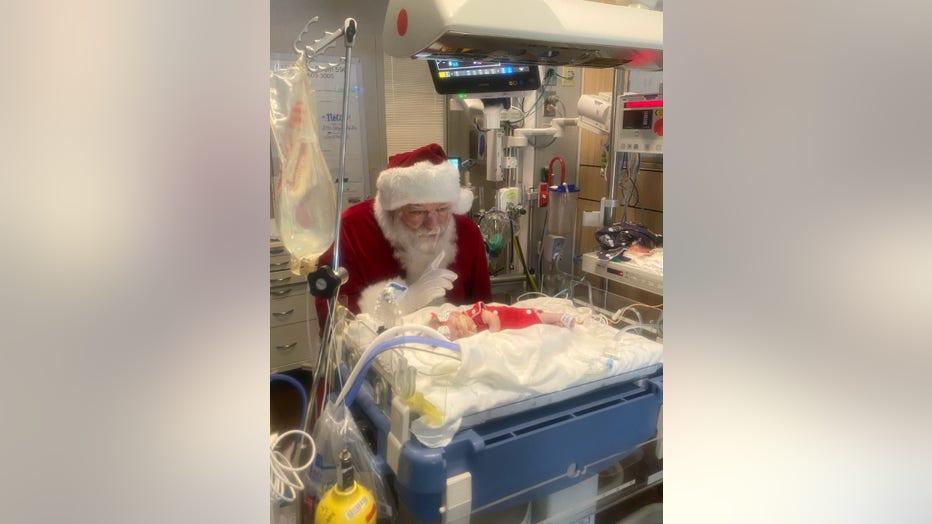 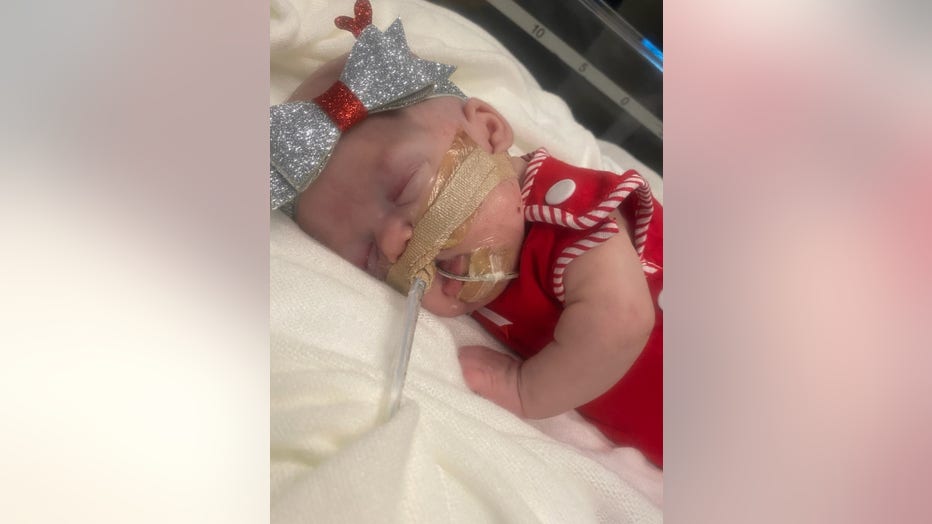 PREVIOUS VERSION: A Melbourne couple is sharing their daughter’s journey in the NICU after the baby was born weighing one pound, six ounces, and just 10 inches long.

"It was hard to believe that something so tiny could survive," said Cathy Soteropoulos.

Cathy and her husband Kevin welcomed baby Nola on September 27. Nola has been in the NICU since that day.

"She’s not out of the woods; however, we see improvement," she told FOX 35 News.

Cathy said she was diagnosed with preeclampsia during her pregnancy and she fought to keep Nola in her womb for as long as possible, but she had to deliver about three months early.

"They are born with very immature organ systems. Their lungs, their skin, eyes, heart – everything is very immature," Dr. Dereddy said.

The Brevard County family would be in for a long road ahead.

"Initially, I created the Facebook group to kind of keep my family and friends updated," Cathy explained.

She decided to share their experience on social media. "Baby Nola’s NICU Journey" now has around 1,200 followers made up of family, friends, and strangers from around the world.

A Melbourne family is sharing their baby's fight to survive after she was born months early, premature, and weighing just a pound-and-a-half. Baby Nola is considered a 'micro preemie' and she has to overcome a lot of obstacles.

"From 16 different countries. I couldn’t even name them off the top of my head, but it’s a lot," Cathy said. "From the first day, the support, love, and prayers started just rolling in."

Cathy is sharing all the ups and downs. Everything from medical setbacks to holding Nola for the first time.

"It’s just a good reminder that I’m not alone…even if I do feel alone," she said.

Their personal story was made public for the greater good.

"I hope that I can educate people and other women to let them know this is common – this does happen," Cathy said.

Nola is now two pounds, nine ounces, and 13 inches long. Cathy is hoping she can come home close to her due date, which is December 26.

Wednesday is world prematurity day. According to the March of Dimes, about one in 10 babies are born prematurely.