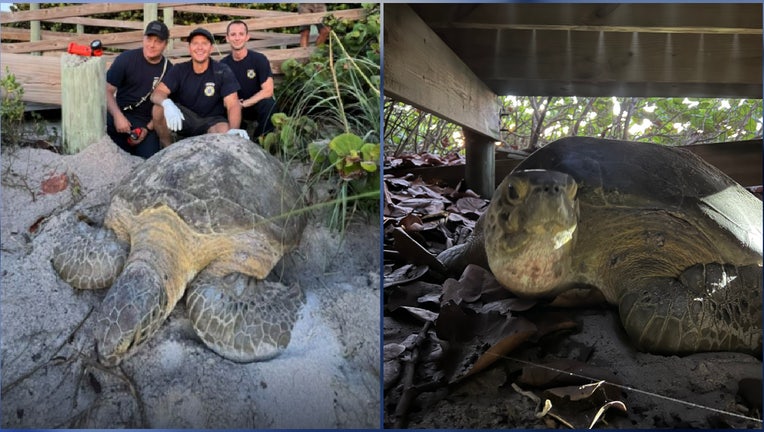 A bystander noticed the turtle stuck under the boardwalk at Spessard Holland South Beach Park and knocked on the fire station's door to ask for help.

Firefighter Jason Bistarkey told FOX 35 in a Facebook message that the team drove their truck over to the boardwalk and found the turtle trapped beneath it.

"I crawled under there and tried to guide her by gently lifting her up by the front of her shell," he wrote. "She only had a narrow hole that she barely got through. Once I got her lined back up, she just needed a [little] push to get through."

He said in total it took the team about 10-15 minutes to rescue her.

A local turtle rescue group also showed up and made sure the turtle made it safely back to the water, he said.