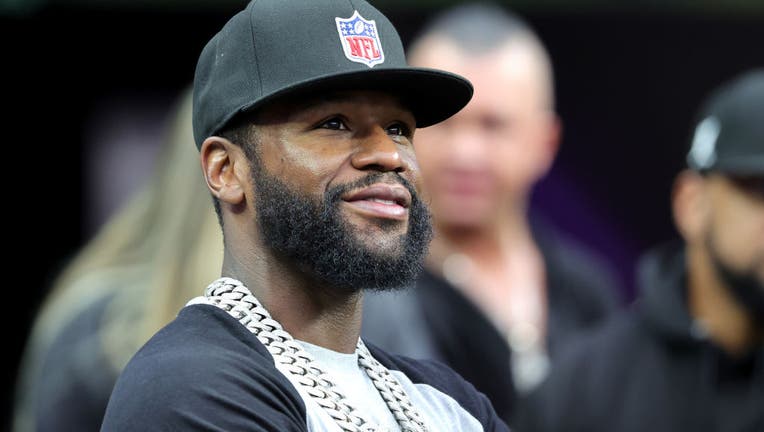 The 15-time boxing champ is launching a new NASCAR Cup Series team at the Daytona 500.

The Money Team Racing will enter a car with driver Kaz Grala at the marquee event and is aiming to compete on a part-time schedule throughout the year.

"I love fast cars and I love to compete. I know NASCAR will not be easy, but anything easy isn’t worth doing to me," Mayweather said in a news release. "With that being said, this move into auto racing seems to be a perfect fit for the Mayweather brand."

The team is essentially a reboot of the recently defunct StarCom Racing and is being created in partnership with its former management and racing executive Willy Auchmoody.

"It’s an honor to be behind the wheel for Floyd Mayweather’s entrance into NASCAR," Grala said. "It’s a really exciting time in our sport as it globalizes and reaches new audiences. I know Floyd is here to win, and I absolutely feel that everyone involved in this program is capable of making that happen.

Grala will need to qualify into the race as the team does not have a charter that guarantees a spot. The 23-year-old has made 4 starts in the Cup Series, including a 28th place finish at the Daytona 500 with Kaulig Racing last year.

The Money Team's Chevrolet will wear a rainbow-colored Pit Viper-sponsored paint job and the number 50, signifying Maywether's 50-0 professional boxing record for its shot at The Great American Race.