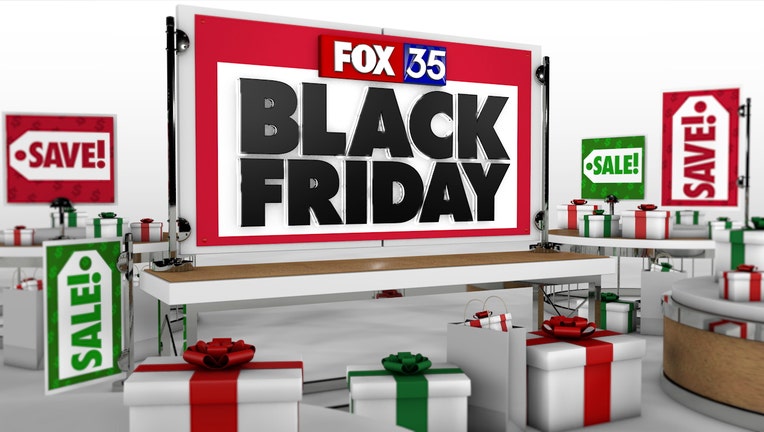 ORLANDO, Fla. (FOX 35 ORLANDO) - FOX 35 is getting you ready to find the best deals and shop online this Black Friday.

Our team of experts took your questions live on Good Day Orlando Friday morning from 7a-10a.

The mad scramble between Thanksgiving and Christmas is six days shorter this year, meaning stores could be more packed this holiday season.

RELATED: 10 of the best Black Friday sales and where to get them

Many of the big box retailers, including Walmart, are offering big deals to lure in customers.

Adobe Analytics predicts a loss of $1 billion in online revenue from a shortened season. Still, it expects online sales will reach $143.7 billion, up 14.1% from last year’s holiday season.

The National Retail Federation, the nation’s largest retail trade group, baked the shorter season into its forecast, but it says the real drivers will be the job market. It forecasts that holiday sales will rise between 3.8% and 4.2%, an increase from the disappointing 2.1% growth seen in the November and December 2018 period that came well short of the group’s prediction.

NRF expects online and other non-store sales, which are included in the total, to increase between 11% and 14%, for the holiday period.

The Black Friday rush is on and shoppers were up bright and early to snag deals at Central Florida stores.

Savvy shoppers know that Black Friday presents some of the best deals of the year on pricey electronics like TVs. But new owners of internet-connected smart TVs might not be as good at spotting hackers as they are at spotting deals. The FBI’s Portland, Oregon, field office shared some tips this week for anyone who needs to secure a smart TV.