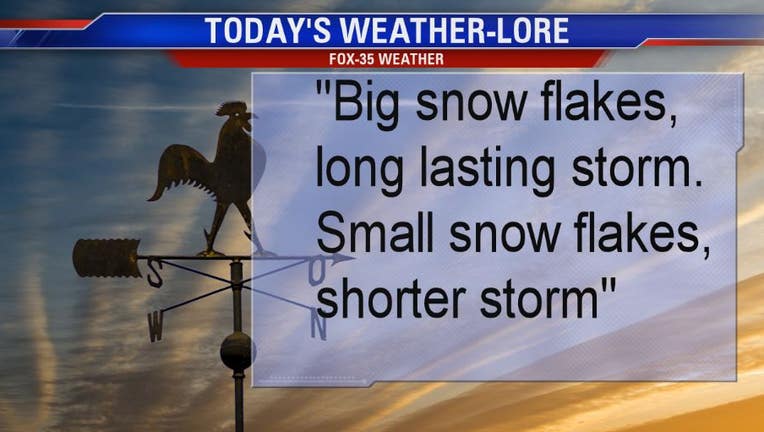 Orlando, Fl - American Indians use this saying to aid them in forecasting total snowfall.  Larger snow flakes would result from warmer air masses which are able to pick up moisture from the Pacific Ocean or Gulf of Mexico. These systems have a tendency to be slower in forward speed, resulting in a longer duration snow event.  Smaller snow flakes usually occur within moisture starved systems like "Alberta Clippers" which originate in southern Canada, and have no ability of tapping into the Pacific or the Gulf.  These faster moving systems are carried quickly from east to west across the northern states and produce smaller snow totals and small snow flakes. 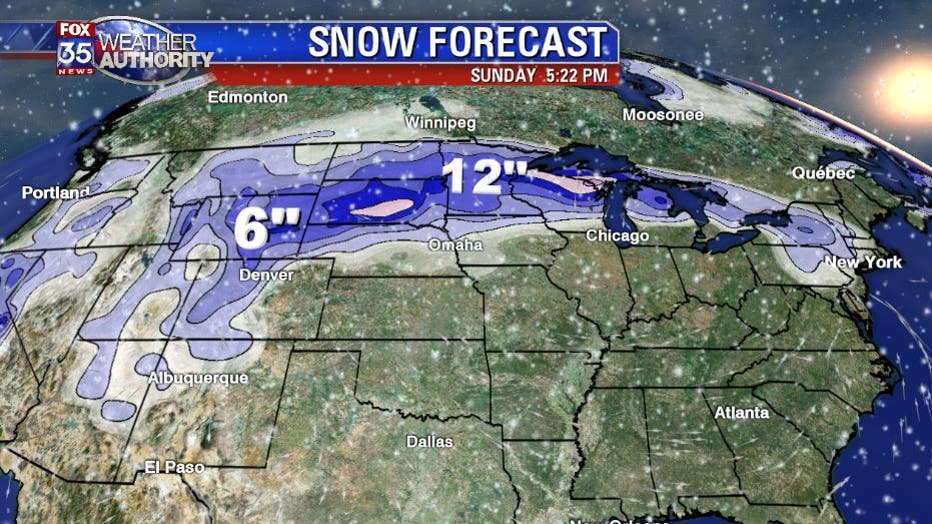 This weekend there will be a slow moving storm that will produce large snow flakes and impressive snowfall totals.  This system has already tapped the Pacific for moisture and will tap into the Gulf of Mexico too.  GR