Tropical Storm Cristobal will deliver rain over the Florida Peninsula through the weekend.

ORLANDO, Fla. - Tropical Storm Cristobal is expected to stay west of Florida but will still bring heavy downpours to the Sunshine State. 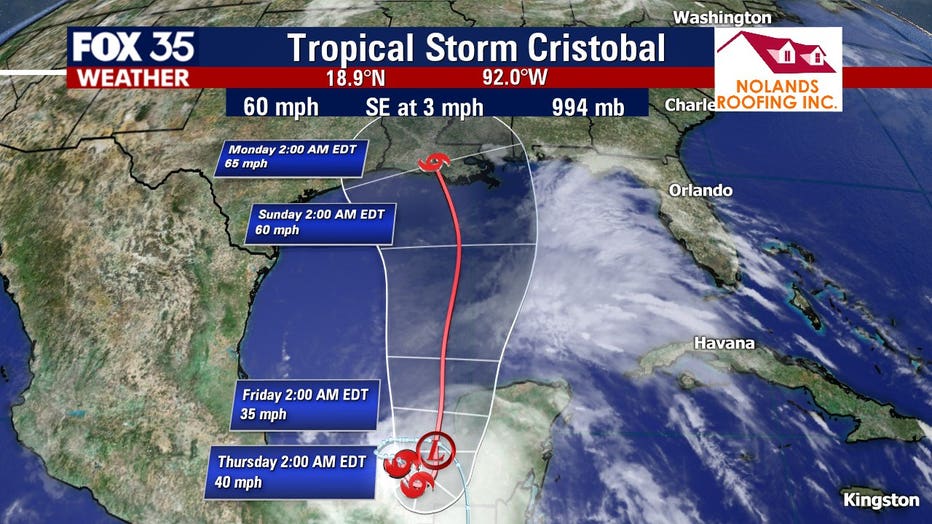 The forward speed and path of the tropical storm, which is a big swirl of clouds, showers, and storms, could change but most forecast models show a good consensus that it will impact the New Orleans area. 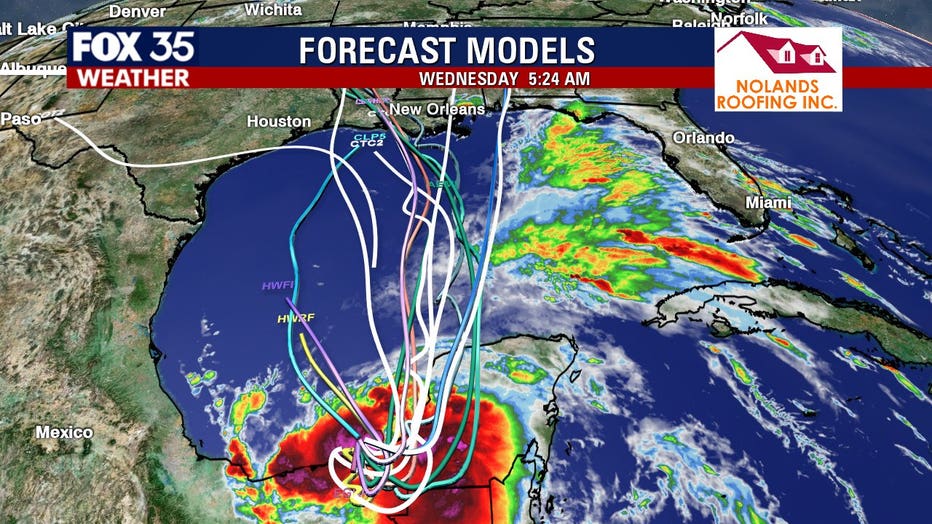 Central Florida is expected to stay well to the east of the circulation but will still be impacted by moisture generated by Cristobal. Rain chances will rise into the weekend, with heavy downpours likely. Rain accumulations could reach up to two to four inches. 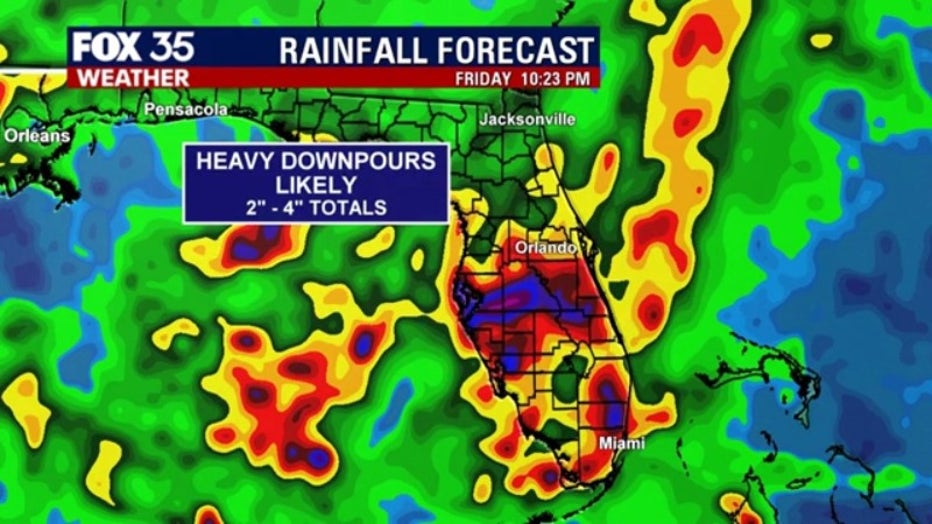 FOX 35 meteorologist Jayme King says that while Cristobal is a tropical storm right now, some models indicate that it could eventually become a hurricane. However, the National Hurricane Center (NHC) still forecasts it staying a tropical storm.

FOX 35 Orlando will watch Cristobal as it moves towards the southeastern United States, specifically the states along the Gulf. We will provide frequent updates as we track the storm and if this becomes a source of worry at all, we will alert you.

It could be a more active hurricane season this year. Coastal counties are beginning to prepare for the season while also addressing coronavirus safety concerns.

Hurricane season will go until November 30th. Forecasters predict that the season will more activity than normal. For example, the National Oceanic and Atmospheric Administration (NOAA) predicted an above-average season, with 13 to 19 named storms. 6 to 10 of those would become hurricanes and 3 to 6 of those are forecasted to become major hurricanes (category 3 or higher).