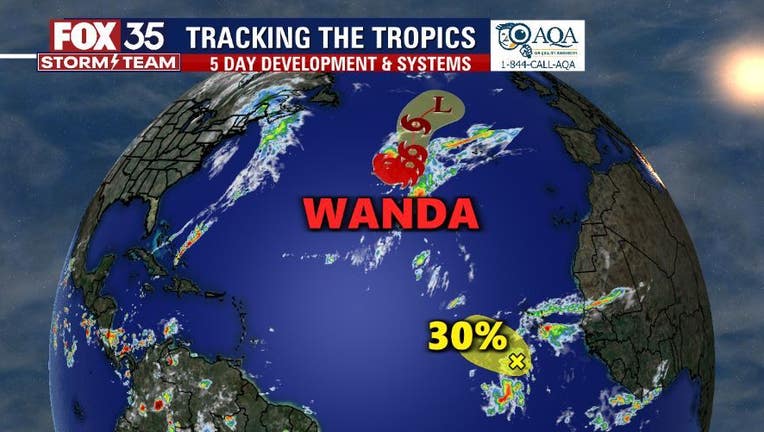 ORLANDO, Fla. - The National Hurricane Center (NHC) said on Sunday morning that Subtropical Storm Wanda has formed and is moving east-southeastward across the Central Atlantic.

With the formation of this subtropical storm, all of the names on the 2021 Atlantic hurricane season list have been used. 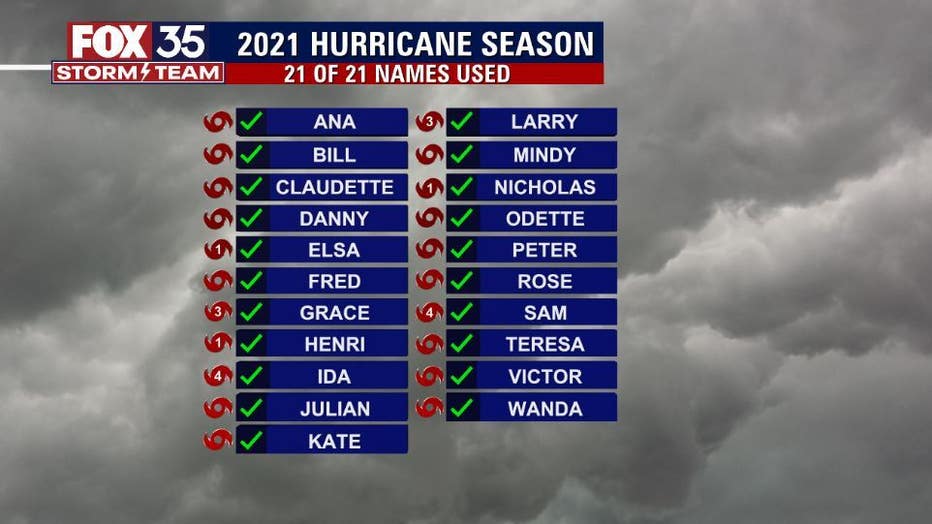 If any other named storms form before the end of the hurricane season on November 30, forecasters will use an alternate list of names. 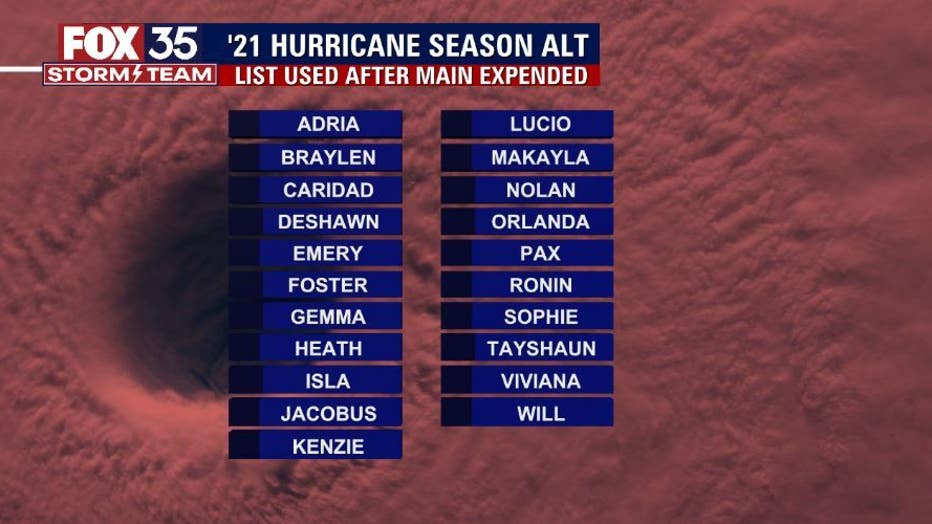 In the past, the Greek alphabet was used but this was changed this year.

The NHC said that Subtropical Storm Wanda is expected to turn toward the southeast sometime on Sunday. A turn toward the northeast or north is forecasted to occur on Tuesday.

Maximum sustained winds are said to be near 50 mph with higher gusts. Slight strengthening is possible over the next couple of days. 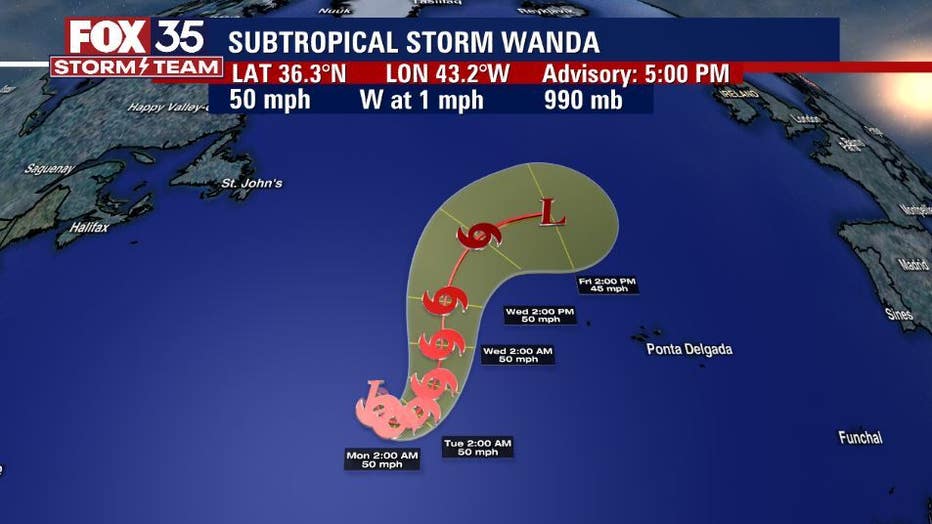 Subtropical Storm Wanda is not expected to impact the United States.

Meanwhile, located over the tropical eastern Atlantic, a few hundred miles southwest of the Cabo Verde Islands, is a broad area of low pressure, forecasters said. It is producing a large area of disorganized showers and thunderstorms while moving west-northwestward to northwestward.

Slow development is said to be possible over the next couple of days before it moves into a region of strong upper-level winds. Formation chances are at 30% over the next five days.