ORLANDO, Fla. - The threat of severe weather across Central Florida has subsided.  A line of storms that crossed the Florida Peninsula late Monday morning began to dissipate as they moved to the east.

"They quickly blew up, but they also quickly fell apart," said FOX 35 Chief Meteorologist Glenn Richards. "What it did do was cool things down. Instead, the severe weather stayed in South Florida."

Richards said the possibility of additional light showers remain through the evening, then more storms could pop up between 4 a.m. and 6 a.m. on Tuesday.  These storms are not expected to be severe but could produce heavy rain in some areas south and east of metropolitan Orlando.

Tropical Storm Arthur moved out to sea Monday after dumping heavy rain on North Carolina as forecasters warned that the first named storm of the Atlantic hurricane season could continue to whip dangerous surf and rip currents for another day or more along the U.S. East Coast.

The storm represented another early start for the Atlantic hurricane season. Arthur formed Saturday in waters off Florida, marking the sixth straight year that a named storm has developed before June 1.   By late Monday, storm watches and warnings that had been in effect for parts of the North Carolina coast were canceled.

While the region has seen some rain as of late, it has not been quite enough to quench the Earth's thirst. According to the latest rain accumulation models, many locations should see about a half-inch of rain total by late Tuesday afternoon. 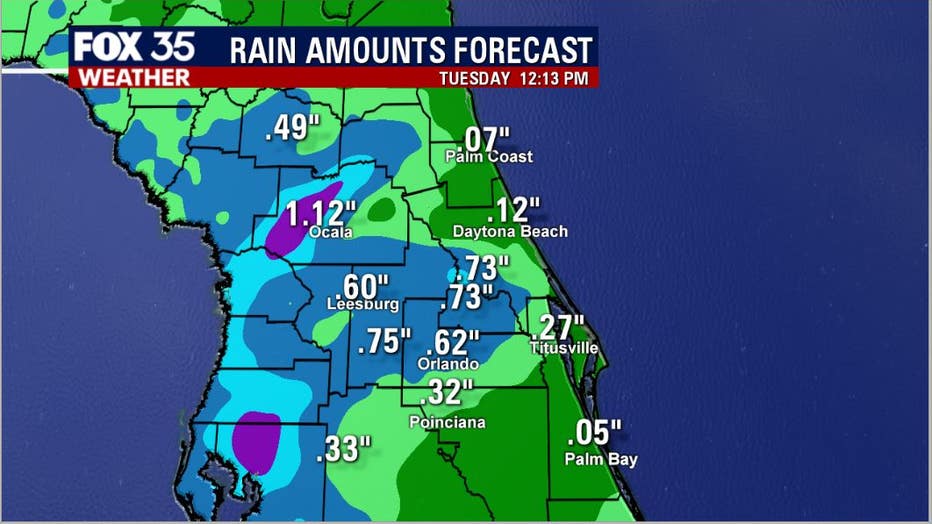 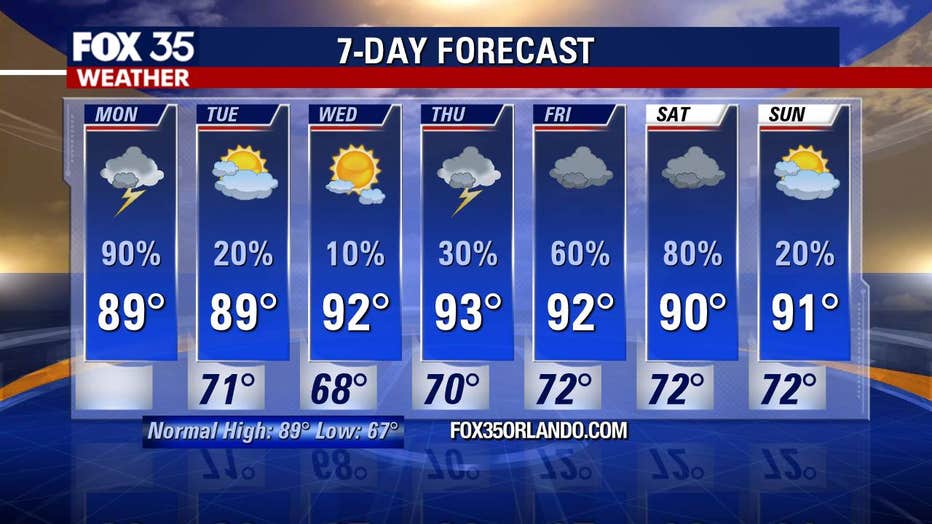 Download the FOX 35 Weather app for live radar and severe weather alerts as these storms roll through. The FOX 35 meteorologists will bring you updates throughout the day as they watch the weather scene.