Cristobal was downgraded to a tropical depression on Thursday, but forecasters say it will move back over the Gulf of Mexico where it will strengthen

ORLANDO, Fla. - Cristobal has been downgraded to a tropical depression as it continues to produce damaging and deadly flooding over portions of Mexico and Central America.

Cristobal is expected to produce additional rainfall through the end of the week over the Yucatan Peninsula and is part of a larger tropical wave that is funneling moisture up to Florida.

The storm made landfall in Mexico early Wednesday.  The National Hurricane Center (NHC) forecasts that it will reemerge over the Gulf of Mexico and head towards Louisana.

The Gulf states could experience the strike of the tropical system sometime on Monday into Tuesday. From there, it will weaken and serve as a heavy rainmaker for the states north of Louisana. 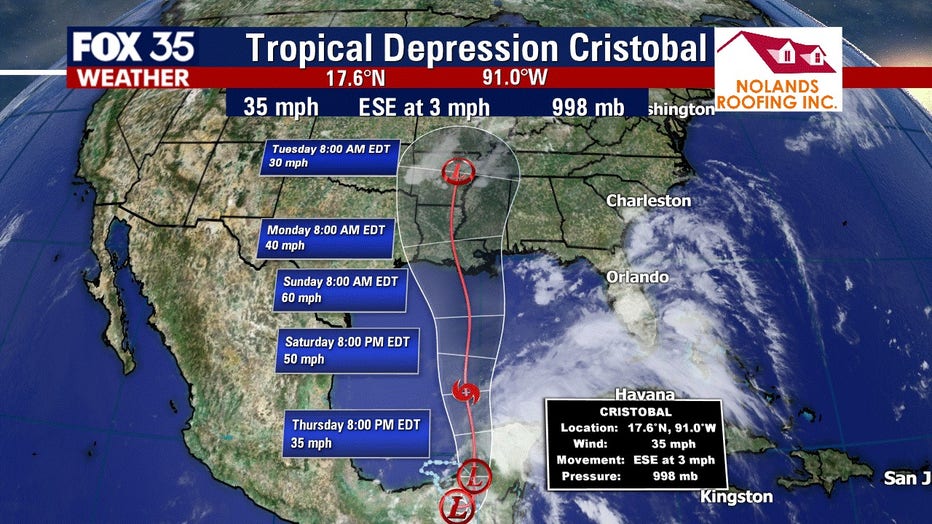 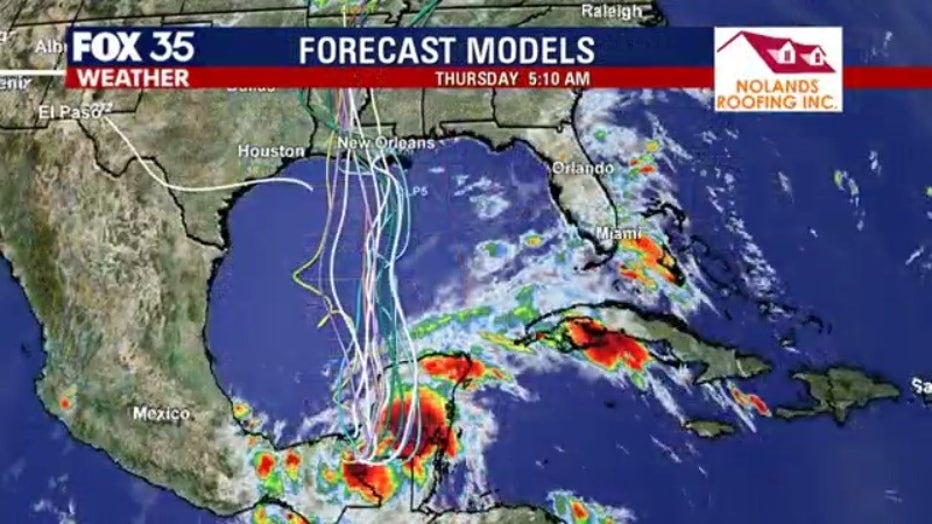 While Cristobal will not hit Central Florida, we will be impacted.  Rain chances will remain elevated and heavy tropical downpours should enter the area over the weekend.

FOX 35 meteorologist Jayme King says that you should "have a plan B if you have any outdoor plans" because of the incoming rain.

In addition, highs will slowly get warmer over the next week as we return to the typical summertime pattern. 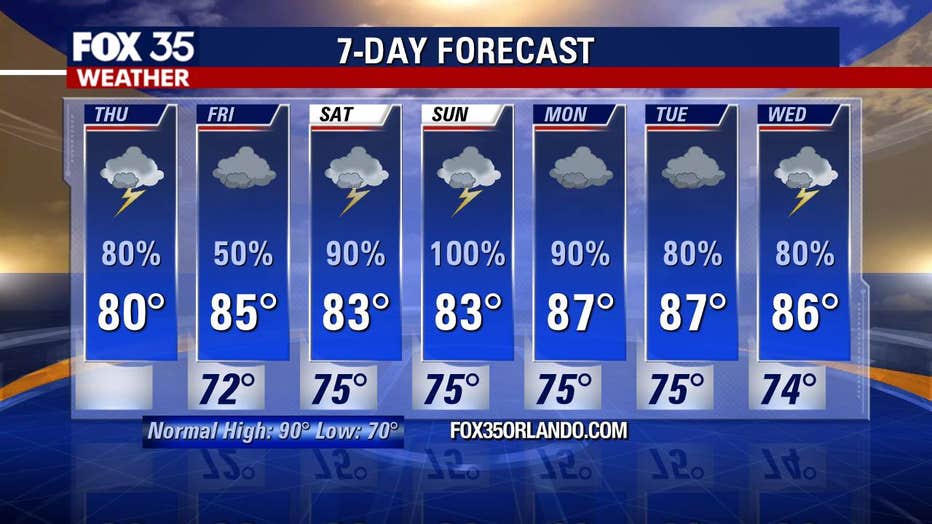 FOX 35 Orlando will watch Cristobal as it moves towards the southeastern United States, specifically the states along the Gulf. We will provide frequent updates as we track the storm and if this becomes a source of worry at all, we will alert you.

It could be a more active hurricane season this year. Coastal counties are beginning to prepare for the season while also addressing coronavirus safety concerns.

Hurricane season will go until November 30th. Forecasters predict that the season will more activity than normal. For example, the National Oceanic and Atmospheric Administration (NOAA) predicted an above-average season, with 13 to 19 named storms. 6 to 10 of those would become hurricanes and 3 to 6 of those are forecasted to become major hurricanes (category 3 or higher).