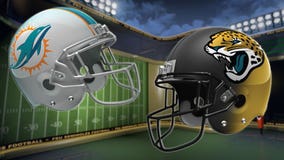 The 2020 NFL schedule for the Jaguars is out

The Jacksonville Jaguars used the first round of the NFL draft to land replacements for two of their best — and most disgruntled — defenders. 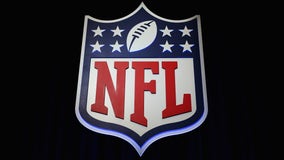 Disgruntled defensive end Yannick Ngakoue has publicly asked to play elsewhere and could be another trade option for Jacksonville.

Lee missed the entire 2018 season after tearing three ligaments in his left knee during a preseason game. He injured his shoulder last October and missed the final eight games.

The 6-foot-5, 320-pound Davis played in three games in 2019 — two for Jacksonville and one for Indianapolis.

The Ravens agreed Sunday to trade a fifth-round draft pick in the upcoming draft to the Jacksonville Jaguars for Campbell, according to a person familiar with the deal.

McAdoo replaces Scott Milanovich, who left at the end of last season to take the head coaching job with the CFL’s Edmonton Eskimos.

Gruden signed his contract Wednesday and replaces John DeFilippo, who was fired earlier this month after just one season. 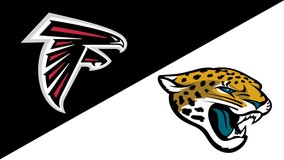 The Jacksonville Jaguars fired top executive Tom Coughlin on Wednesday, parting ways with the two-time Super Bowl-winning coach a little more than a day after the NFL Players Union took a sledgehammer to his reputation.

An arbitrator recently ruled in favor of the NFLPA, negating the fines levied by Jacksonville in 2018.  The NFLPA responded by blistering the Jaguars in a statement.

Marrone said Monday he has no plans to make any changes despite a three-game losing streak in which his team has been seemingly outcoached at halftime and clearly overmatched in the third quarter. It’s an obvious trend that could ultimately cost Marrone his job.

Jaguars coach Doug Marrone believes quarterback Nick Foles gives the team "a better chance of winning right now." Marrone announced Tuesday he will start Foles over rookie sensation Gardner Minshew "going forward." He made the decision during the team's bye week, saying Foles is ready to return from a broken left collarbone and will start next week at Indianapolis.

Deshaun Watson's most impressive throw Sunday went backward -- a flip under pressure to running back Carlos Hyde, whose 7-yard gain set up Houston's first TD in a 26-3 runaway over the Jacksonville Jaguars.