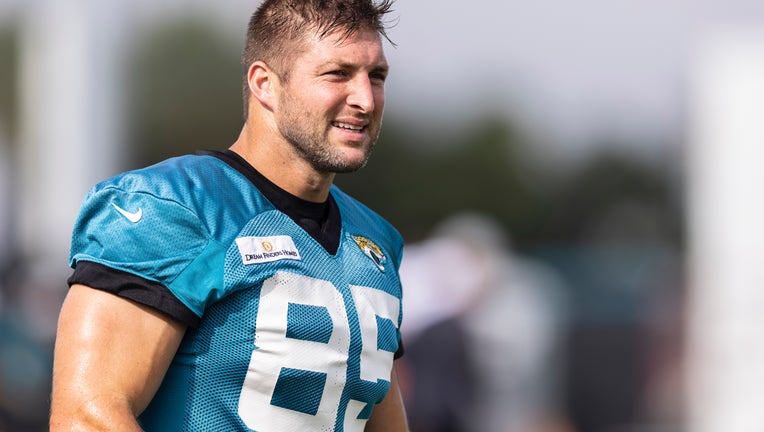 Tim Tebow #85 of the Jacksonville Jaguars looks on during Training Camp at TIAA Bank Field on July 30, 2021 in Jacksonville, Florida. (Photo by James Gilbert/Getty Images)

JACKSONVILLE, Fla. - Tim Tebow was released from the NFL's Jacksonville Jaguars on Tuesday.

The former Florida Gator star and 2007 Heisman Trophy-winning quarterback signed a one-year contract with the team in May, making his return to the NFL after four years with the MLB’s New York Mets. Tebow reportedly asked the Jaguars Coach Urban Meyer, who has worked with Tebow before while coaching the Florida Gators, for a tryout after retiring from baseball in January. Meyer obliged and gave him a contract worth $920,000. That is the minimum for a player with three accrued NFL seasons.

Tim Tebow played just one preseason game before being waived by the team.

The player tweeted about the decision on Tuesday morning, expressing gratefulness for the Jaguars organization and the opportunity.

"Thankful for the highs and even the lows, the opportunities, and the setbacks. I’ve never wanted to make decisions out of fear of failure and I’m grateful for the chance to have pursued a dream," Tebow said. "Thank you to the  @Jaguars organization and everyone who has supported me in this journey."