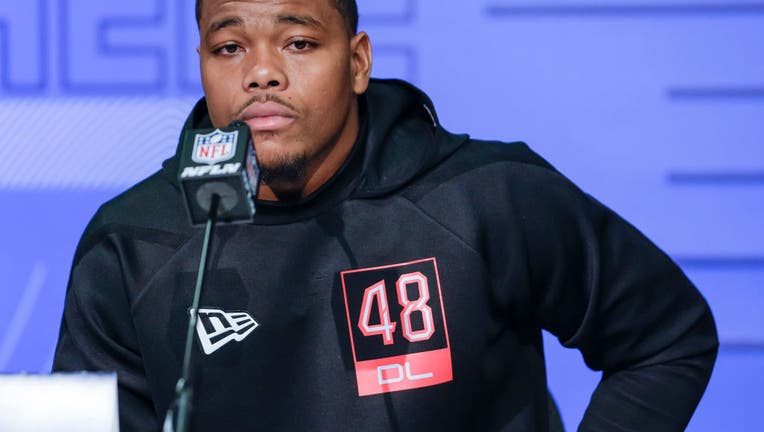 INDIANAPOLIS, IN - MAR 04: Travon Walker #DL48 of the Georgia Bulldogs speaks to reporters during the NFL Draft Combine at the Indiana Convention Center on March 4, 2022 in Indianapolis, Indiana. (Photo by Michael Hickey/Getty Images)

ORLANDO, Fla. - The Jacksonville Jaguars had the no. 1 overall pick for the second straight year.

He played a majority of his snaps at defensive end for Georgia last year.

Walker was a big part of their rush defense, which completely stifled opposing teams' offenses en route to their national championship.

He hopes to do the same in Jacksonville and says he's ready for the pressure that comes with being the no. 1 pick.

"I'm definitely prepared for it. I have to say there's a lot of expectations behind that. But I'm one, it's just a game of football," Walker said. "I'm just going to continue doing what I've been doing. Give it my all to the game of football. It's something that I love to do and not making more pressure on myself than it should be."

Walker said he had a pretty good feeling he'd be coming to Jacksonville after he took his top 30 visit.

Walker is the first non-quarterback to go first overall since the 2017 draft.