The University of Central Florida's football team has a new head coach, and he is certainly no stranger to college football. UCF has hired Gus Malzahn to be the Knights' coach a little more than two months after he was fired by Auburn.

ORLANDO, Fla. - The University of Central Florida (UCF) announced on Monday that former Auburn coach Gus Malzahn is the Knights’ next coach.

Malzahn went 68-35 in eight seasons with the Tigers, including 39-27 in the Southeasteastern Conference. He led them to a Southeastern Conference Championship, two SEC West Division titles, and six New Year's Day bowl selections.

UCF also said that Malzahn has gone 77-38 in nine seasons overall as a head coach, helping teams to seven conference championship game appearances in his 15 seasons as a collegiate coach, including a pair of SEC Championships at Auburn (2010, 2013) and a Sun Belt Championship at Arkansas State in 2012.

"When I started the search process, it became very evident very quickly that, based on the conversations I had with the players last week and what they told me were looking for, Gus Malzahn was the guy for the job," said Director of Athletics Terry Mohajir "He has won at every level, and he has coached a Heisman Trophy winner and NFL draft picks. There has never been a better time for Coach Malzahn to lead this program than right now."

"I'm thrilled to be the head coach at UCF, and I'm truly looking forward to being part of Knight Nation," said Malzahn. "It's exciting to be head of a program where the future is extremely bright. I will be hitting the ground running in terms of getting to know our team and everyone else connected with UCF. Our goal is to be ready to win championships."

UCF has been one of the top teams in the American Athletic Conference since joining the league in 2013. The Knights have won the conference three times and played in three BCS or New Year’s six bowls.

Coach Scott Frost led UCF to an unbeaten season in 2017, capped by a Peach Bowl victory against Auburn and Malzahn. Heupel took over in 2018 and led the Knights to another unbeaten regular season before losing in the Fiesta Bowl to LSU.

The Knights fell off last year to 6-4. 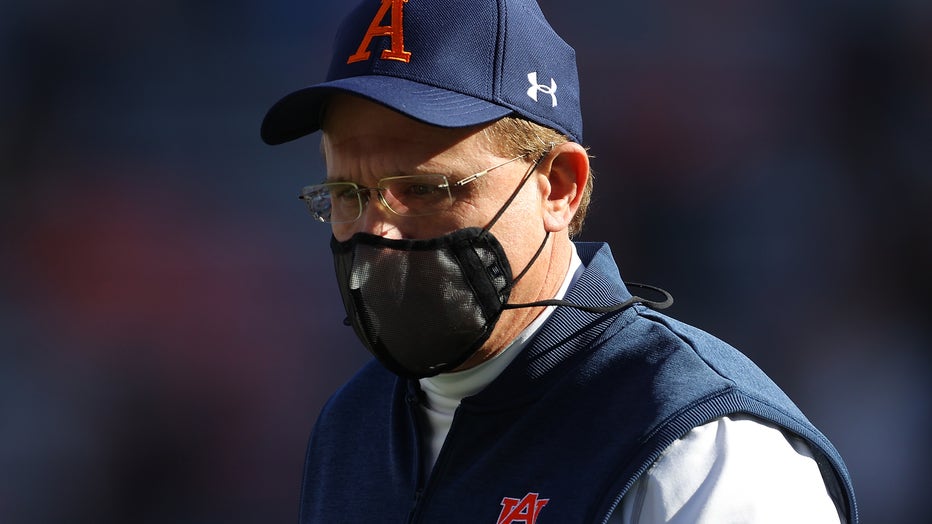 AUBURN, ALABAMA - DECEMBER 05: Head coach Gus Malzahn of the Auburn Tigers walks the field during pregeame warmups prior to facing the Texas A&M Aggies at Jordan-Hare Stadium on December 05, 2020 in Auburn, Alabama. (Photo by Kevin C. Cox/Getty I

Auburn fired Malzahn, paying a $22 million contract buyout to the coach, after the Tigers went 6-4 this past season.