Tampa Bay Bucs to take on the Atlanta Falcons at home

The Bucs jump into the NFC South action as they host the Atlanta Falcons on Sunday in Tampa.

TAMPA, Fla. - The road to an NFC South title starts for the Tampa Bay Buccaneers on Sunday as they host the Atlanta Falcons.

The Bucs are expected to win this matchup. But being the defending Super Bowl champs, they’re going to get everyone’s best shot.

That’s why Tampa is taking this game seriously.

Even though the Falcons struggled against Philly last week, the Bucs aren’t expecting the same type of performance. It’s a division matchup, meaning anything could happen.

The Buccaneers are ready for a hard battle on Sunday and the goal is to not make as many mistakes. They had over 100 yards in penalties during their first game, despite still winning. 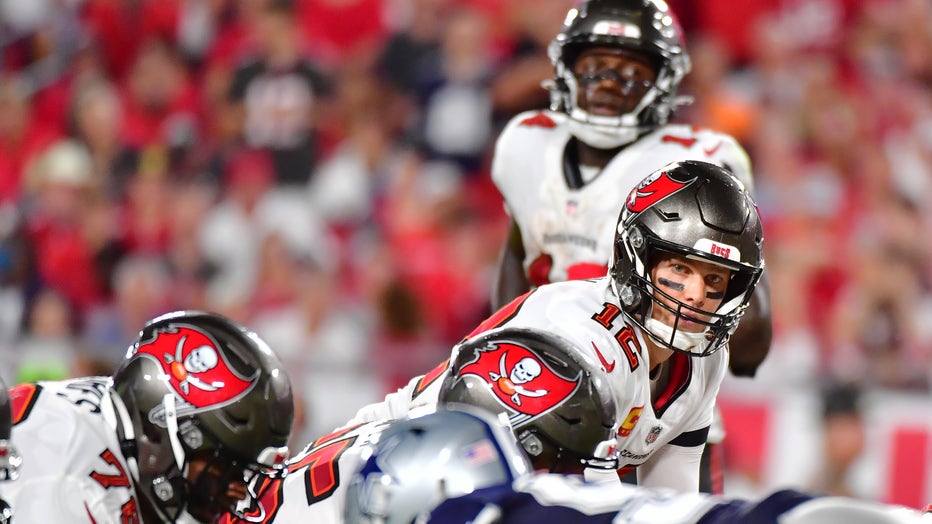 Tom Brady #12 of the Tampa Bay Buccaneers looks across the line of scrimmage during the first half of a game against the Dallas Cowboys at Raymond James Stadium on September 09, 2021 in Tampa, Florida. (Photo by Julio Aguilar/Getty Images)

"Atlanta is a team that is in our division, so in our personnel, there’s no intimidation. It’s not like you play them once every four years. It’s a team they play twice a year, they have a lot of confidence. They have a new scheme with Arthur," Bucs quarterback Tom Brady said. "We know we're going to be challenged this week with a lot of the schemes that they present. They're going to do a good job of cleaning up the things that didn't go well for them. So, we're expecting a really good football game against a really tough opponent

"Just overall work together as an offense too. And just be fun… gotta get open. I would also say one big thing is to get the run game going," Bucs tight end Rob Gronkowski said.

"A lot of teams didn't look good in the first week for whatever reason. Don't put any stock in that. We know how good the Falcons area," Bucs Head Coach Bruce Arians said.

Tom Brady has not lost to the Falcons.