ORLANDO, Fla. - The tropics have heated up over the last 24 hours, with two new tropical storms and another wave coming off the African Coast.

Rose was located about 300 miles west-southwest of the Cabo Verde Islands just before 5 p.m. Sunday. It is moving north-northwest near 16 mph.

Maximum sustained winds are said to be near 40 mph with higher gusts. Some strengthening is expected over the next couple of days. By Tuesday, the NHC said that environmental conditions will become less conducive for development and the system is expected to weaken. 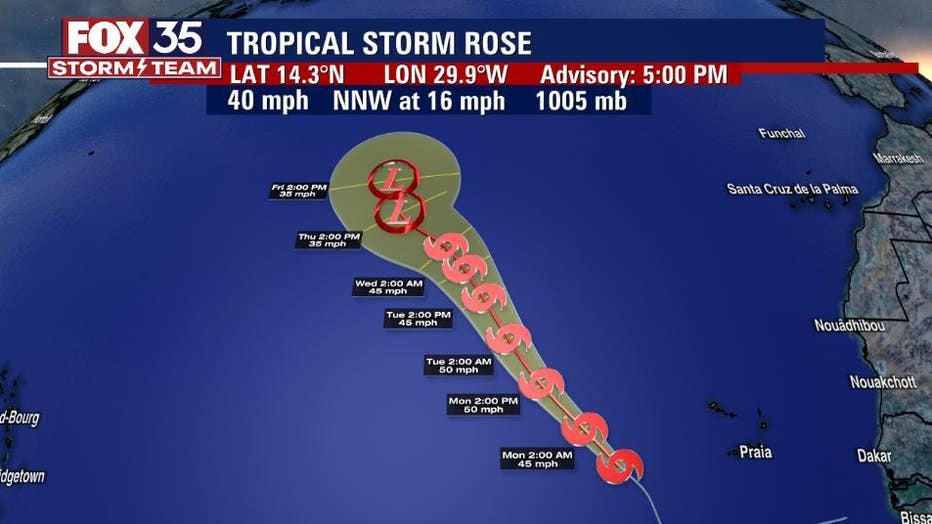 Forecasters said the storm is moving towards the west-northwest at about 17 mph. Peter should pass well to the north of the Leeward Islands on Monday and Tuesday.

The tropical storm is said to be currently packing maximum sustained winds of 45 mph with higher gusts. It is expected to strengthen more over the next day or so but will weaken by late Monday and on Tuesday. 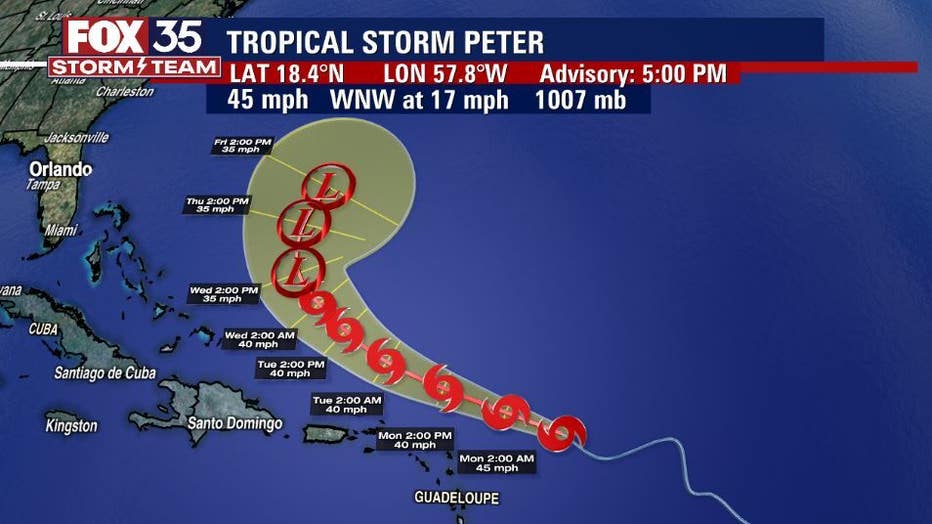 There is also a tropical wave emerging off of the west coast of Africa. Environmental conditions appear conducive for development as the system moves westward at about 10 mph over the eastern tropical Atlantic during the next several days. Formation chances stand at zero percent over the next two days and 50 percent over the next five. 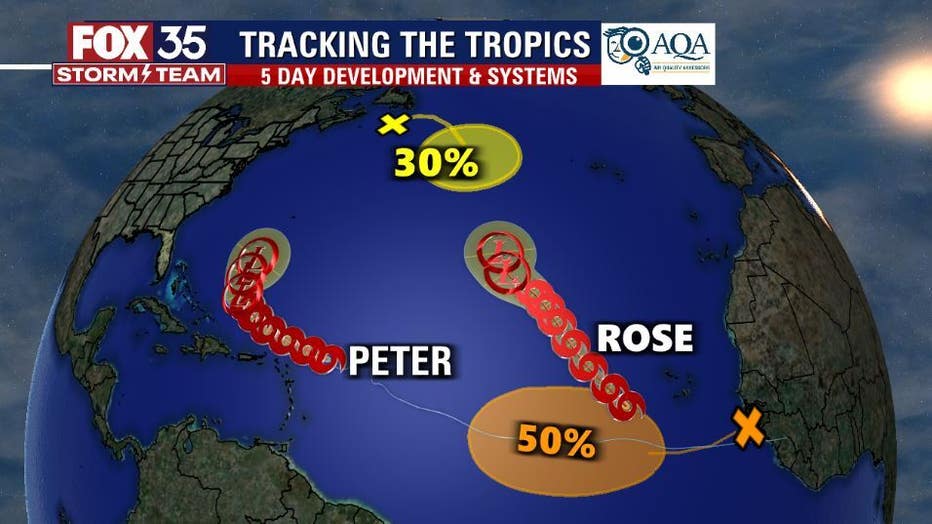 September 10 was the official peak of hurricane season. So far, there have been 17 named storms. Should another named storm form, it will be Sam.