Excitement is building in downtown Orlando as Orlando City SC is set to play in its first ever U.S. Open Cup final on Wednesday night. More than 25,000 fans are expected at Exploria Stadium to watch the sell-out championship match against Sacramento Republic FC.

Orlando City Soccer Club’s pursuit of its first trophy in the U.S. Open Cup is personal for Benji Michel, who grew up in Orlando and was signed by the Lions as a homegrown player.

"It means everything. I mean, this is why we fight, this is what our job is," he said. "We don’t just play to play, we want to play to win trophies. And we have an amazing opportunity."

Major League Soccer’s Lions host United Soccer League upstart Sacramento Republic FC in the title match of the Open Cup on Wednesday night in Orlando. Sac Republic is looking to become just the second lower-division club to win the championship in a quarter-century. 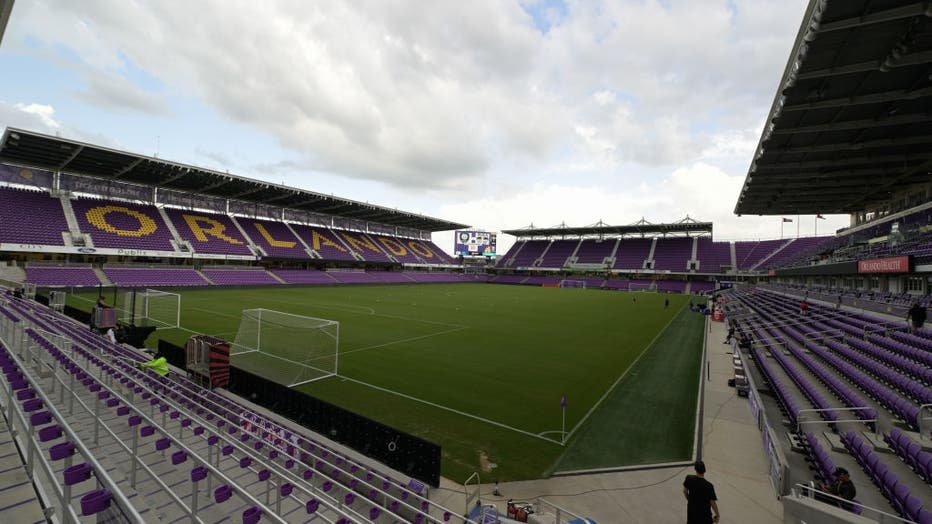 Orlando City, which joined MLS in 2015, has never won a title. The closest the Lions came was in 2020 when they were runners-up in the MLS is Back tournament.

In addition to a trophy, the Open Cup winner also earns a spot in the CONCACAF Champions League.

But it’s about more than just hardware for Michel, whose parents immigrated to the United States from Haiti. A self-described "bad kid," Michel’s big brother became his legal guardian and set him on a better path, which eventually led him back to his hometown.

Michel played at the University of Portland, where he was Freshman of the Year for the West Coast Conference and was named an All-American in his final year. He signed a homegrown contract with Orlando ahead of the 2019 season.

"I think I started taking soccer seriously when I was 15. At that age, I got my first college offer. And that was pretty good. That’s when I really decided OK, this is what I’m good at, this is what I can do," he said.

Just last year, the 24-year-old striker got a call-up to the senior U.S. national team, but he did not feature in a match.

Orlando defeated the New York Red Bulls 5-1 in the Open Cup semifinals to advance to the title game. After Michel scored Orlando’s final goal, he celebrated with a back flip.

Sacramento advanced 5-4 on penalties after a scoreless draw with Sporting Kansas City in the semifinals. The Republic also downed the San Jose Earthquakes and the LA Galaxy in Open Cup play.

Sac Republic’s appearance in the title match of the tournament, which is more than a century old, is a testament to the team’s perseverance after a tough couple of years.

MLS announced in 2019 that Sacramento would be joining the league this season. But the COVID-19 pandemic delayed the start and the team’s lead investor pulled out. The bid was put on hold, and it appears Las Vegas may have leapfrogged Sacramento as the league’s next possible franchise.

For the Open Cup, Sacramento coach Mark Briggs is keeping his team grounded.

"I think we’d be false to think that they don’t recognize the occasion, and they don’t recognize the significance of what we’re walking into tomorrow," Briggs said on Tuesday. "But it’s important that when they have those feelings, when they have those thoughts, we bring them back to the present, and we bring them back to understanding the detail of which they need to focus on for tomorrow."

Michel has started in 12 games for Orlando in MLS play this season. The Lions are above the playoff line in fifth place in the Eastern Conference standings with six games left in the regular season.

Michel’s goal in the semifinals boosted his confidence as he looks toward a more consistent role with his hometown team.

"Everyone has their own path, there’s some that have the ability to come in and start right away and make an impact, and for some it takes some takes a couple games, for some takes a couple of years to make that transition to become a day-in and day-out starter," he said. "Everyone has their own path. So I believe that this is my path. And every year I’m just going to keep getting better, to prove myself that I am a starter."