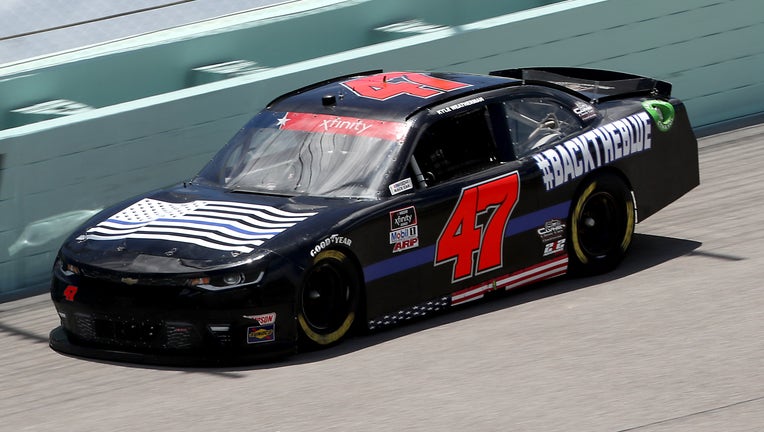 HOMESTEAD, Fla. - NASCAR driver Kyle Weatherman debuted a new paint scheme for his vehicle at the Homestead-Miami Speedway on Saturday.

The vehicle had a 'Blue Lives Matter' flag on its hood and a 'Thin Blue Line' across the side door, with '#BackTheBlue' towards the back end.

Weatherman tweeted that the tribute expresses that "most first responders are good people. My uncle is a firefighter and he would do anything to help save lives."

His racing team, Mike Harmon Racing, reiterated that on Twitter, stating that "Mike Harmon Racing supports our LEO’s and First Responders, we THANK YOU for your service, sacrifice and dedication."

Weatherman later clarified on Twitter that he supports "the black men and women of this country and also support all first responders also."

Just days prior to this, NASCAR driver Bubba Wallace wore a 'I Can't Breathe' shirt and took on a '#BlackLivesMatter' paint scheme to show his solidarity with protesters around the world taking to the streets following the death of George Floyd. 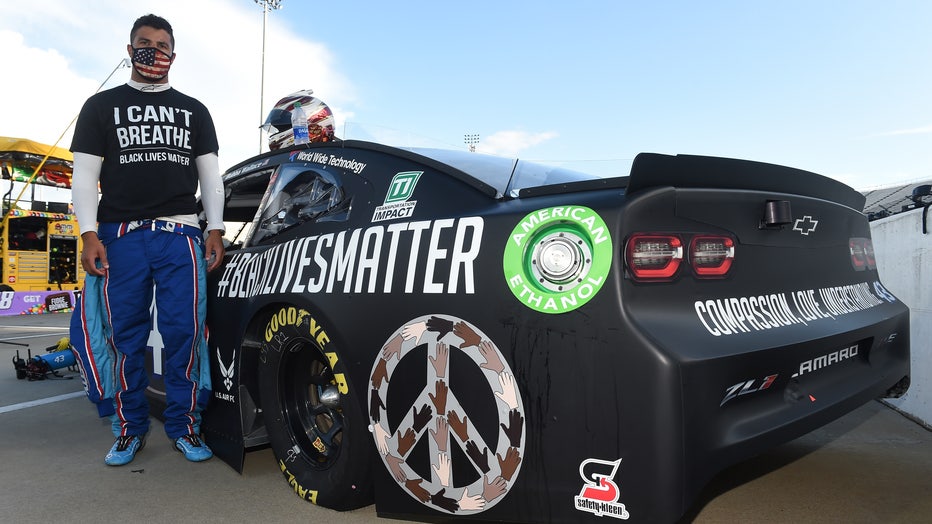 NASCAR also banned the display of the Confederate flag at all of its events and properties just days ago, stating that "the presence of the confederate flag at NASCAR events runs contrary to our commitment to providing a welcoming and inclusive environment for all fans, our competitors and our industry."

They added that "bringing people together around a love for racing ad the community it creates is what makes our fans and sport special."

MORE NEWS: Trump warns NFL, US Soccer he’ll tune them out over anthem protests: ‘I won’t be watching’

Denny Hamlin went on to win the NASCAR Cup Series victory at Homestead while Weatherman's race came to an early end, as his vehicle's transmission broke.