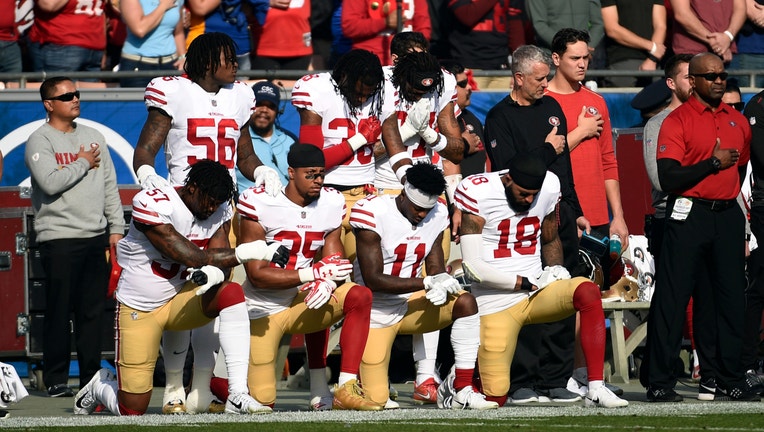 WASHINGTON D.C. - President Trump made clear once again Saturday just where he stands regarding athletes’ kneeling protests during the playing of the national anthem.

In a set of Twitter messages, the president reacted to recent news regarding NFL players and the U.S. Soccer Federation and their positions on anthem kneeling.

U.S. Soccer – which oversees the U.S. men’s and women’s teams that complete in the Olympics, World Cup and other tournaments – recently rescinded its policy requiring players to stand during the playing of “The Star-Spangled Banner” prior to matches.

The U.S. Soccer reversal – and a recent video apology to black players and fans by NFL Commissioner Roger Goodell – were responses to the May 25 death of George Floyd in Minneapolis policy custody and the protests and rioting that followed across the U.S.

President Trump has called the Floyd case “a very sad and tragic death,” but didn’t appear interested in changing his previous opposition to anthem protests.

“I won’t be watching much anymore!” the president wrote, retweeting a news story about U.S. Rep. Matt Gaetz, R-Fla., calling out U.S. Soccer on its policy reversal.

On Thursday, Gaetz had tweeted that he’d “rather the US not have a soccer team” anymore than to allow players to kneel during the anthem.

“You shouldn’t get to play under our flag as our national team if you won’t stand when it is raised,” Gaetz added.

U.S. Soccer had implemented its ban in 2017, after women’s team player Megan Rapinoe kneeled during the national anthem in support of former NFL quarterback Colin Kaepernick, who started taking a knee before games in 2016 to protest police brutality.

But last Wednesday, the federation said in a statement that its policy was “wrong and detracted from the important message of Black Lives Matter.” 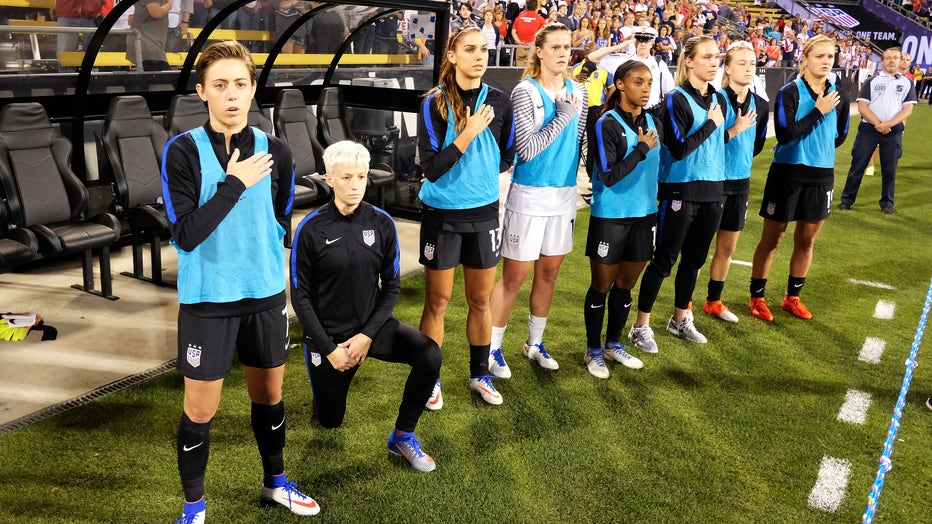 “We have not done enough to listen – especially to our players – to understand and acknowledge the very real and meaningful experiences of Black and other minority communities in our country,” the statement continued. “We apologize to our players – especially our Black players – staff, fans, and all who support eradicating racism.”

“And it looks like the NFL is heading in that direction also, but not with me watching!” the president wrote.

Last Sunday, the president posted a speculative tweet after NFL Commissioner Roger Goodell issued an apology for the league not being receptive enough to black players’ concerns about racism. Trump read Goodell’s comments as possibly granting the league’s blessing for players to kneel during the national anthem for the upcoming season.

“Could it be even remotely possible that in Roger Goodell’s rather interesting statement of peace and reconciliation, he was intimating that it would now be O.K. for the players to KNEEL, or not to stand, for the National Anthem, thereby disrespecting our Country & our Flag?” he wrote.

In an Instagram exchange, one fan wrote to Cleveland Browns quarterback Baker Mayfield: “Please tell Browns fans you’re not going to be kneeling this season.”

Mayfield’s reply: “pull your head out. I absolutely am.”

Elsewhere online, another fan wrote, in a now-deleted tweet, that he was “pretty sure” JJ Watt of the Houston Texans would not be taking a knee.

Watt clapped back, responding Saturday: “Don’t speak for me”

"If you still think it's about disrespecting the flag or our military, you clearly haven't been listening," Watt tweeted.