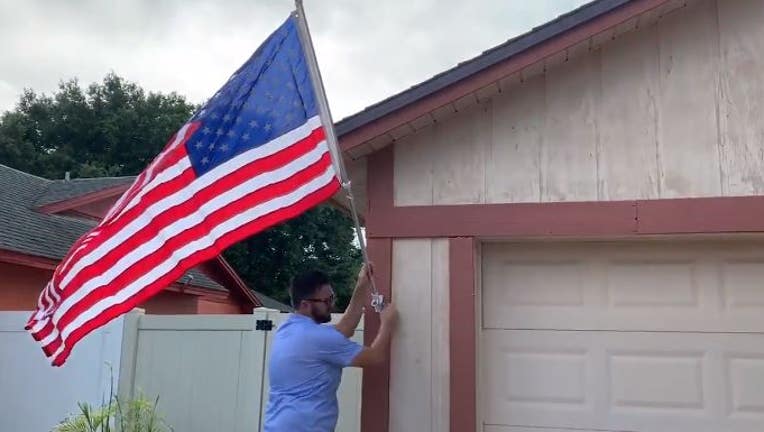 LAKE MARY, Fla. - Millions of Americans will be celebrating the Fourth of July this week with barbecues, fireworks, and sparklers, but some may not know the history behind Independence Day, and the meaning behind the red, white and blue themed day.

What is Independence Day, and why do we celebrate it?

2022 marks 246 years since the colonies declared their freedom from Great Britain in 1776.  Inspired by Thomas Paine's Common Sense, Thomas Jefferson drafted the Declaration of Independence in response to Great Britain's imposed taxes, and 26 other formal grievances the American colonies had.

Independence was officially declared on July 4, 1776, and would not be signed by the Second Continental Congress until August 2, 1776, thus granting the colonies independence from Great Britain.

Founding father John Adams said, "It ought to be solemnized with Pomp and Parade, with Shews, Games, Sports, Guns, Bells, Bonfires and Illuminations from one End of this Continent to the other from this Time forward forever more," and Americans have wholeheartedly taken his advice for over two centuries by lighting up the sky with fireworks every year.

Who signed the Declaration of Independence?

Fifty-six members of the Second Continental Congress came together and signed the Declaration of Independence in early August 1776, forever marking some of the most notable names in history onto a single document. 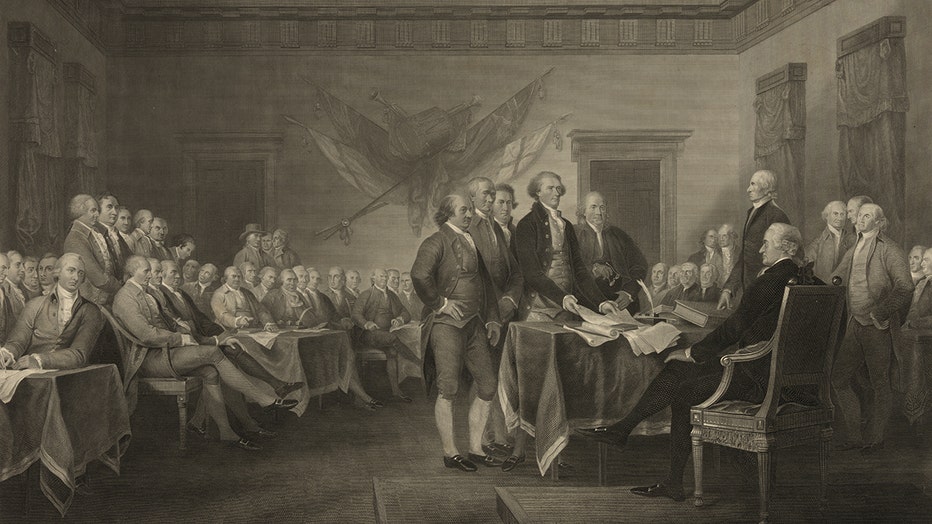 "Declaration of Independence, July 4th, 1776," painted by John Trumbull and engraved by Waterman Lilly Ormsby. (From the Library of Congress Prints and Photographs Division)

What does the red, white, and blue on the American flag symbolize?

The American Flag has gone through quite a few changes over the years from its originally design. However, the red, white, and blue have remained the same.

Here is what each color represents:

How many stripes are on the American flag, and what do they represent?

The American Flag consists of 13 alternating red and white stripes that represent the original 13 colonies.  There are 50 stars on the flag, one star for each U.S. state. The Flag Resolution on 1777 states, "that the flag of the United States be made of thirteen stripes, alternate red and white; that the union be thirteen stars, white in a blue field, representing a new Constellation."

The first flag is alleged to have been made by Betsy Ross in 1777 after getting paid a large sum of money, however many people have credited themselves to designing the flag but none have been fully confirmed.  Since the country's founding, there have been over 27 variations of the flag as more states were added to the union, according to the Smithsonian.

RELATED: 4th of July: A by-the-numbers look at the American holiday