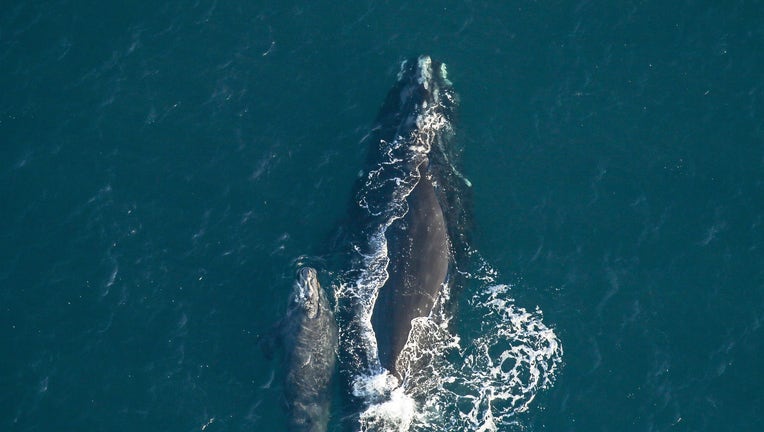 ST. JOHNS COUNTY, Fla. - A mama right whale and her calf were seen swimming together off the coast of Florida this week.

Florida Fish and Wildlife (FWC) posted a photo of mama 'Giza' and her baby about 26 nautical miles east of the St. Johns River entrance on Thursday.

"Giza had been sighted in the Southeast U.S. calving grounds earlier this winter, but this is her first sighting with a calf, " officials said.

RELATED: Whale spotted swimming with calf surrounded by dolphins off coast of Florida

The calf appears to be just weeks old, according to FWC. Giza is at least 21-years-old and this is her 3rd calf. Officials say she last gave birth 10 years ago in 2011.