Whale spotted swimming with calf off coast of Florida

FLAGLER COUNTY, Fla. - A right whale and her calf were spotted swimming in the waters off the coast of Flagler Beach.

Justin Rush captured the drone footage on Saturday. The video shows the mom and baby frolicking in the water as several dolphins surround them.

Rush told FOX 35 News that the baby whale was playing with the dolphins and that it was pretty amazing to see. 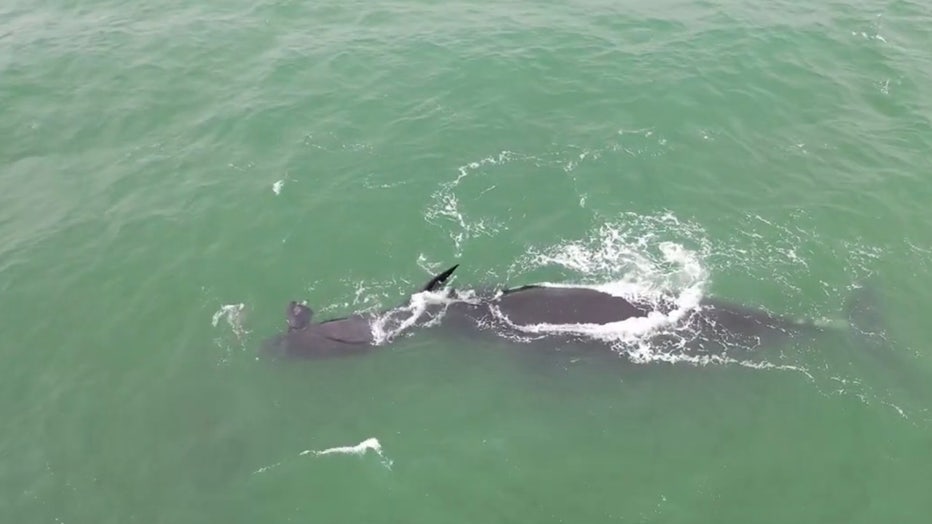 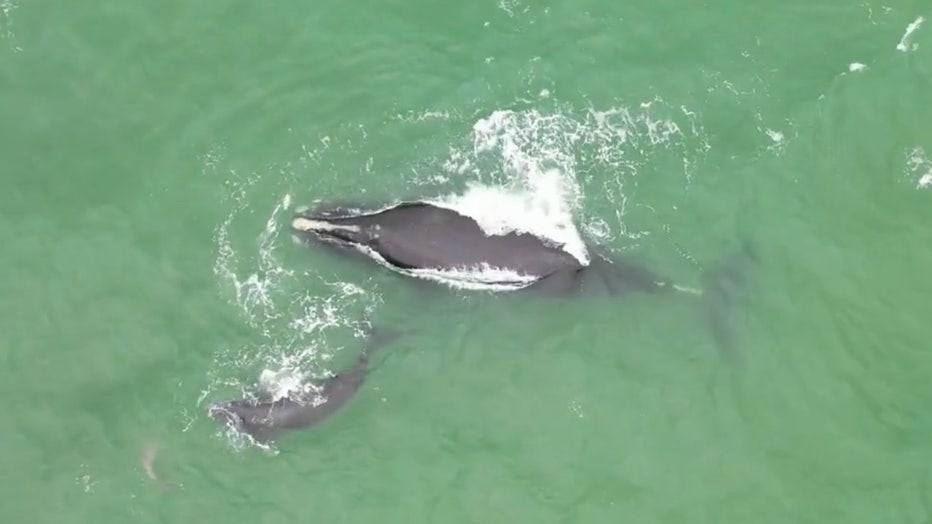 "I can not believe we were able to see and capture this footage of the North Atlantic Right Whales off the coast of Flagler Beach today," he wrote on Facebook. "This is apparently the mother and baby. They stay close to the surface because the calf can not hold its breath as long( Or that's what the internet says)."

RELATED: Whale and calf spotted near Florida beach with pod of dolphins

A woman in Melbourne recently spotted a right whale mother and her calf surrounded by a pod of dolphins. 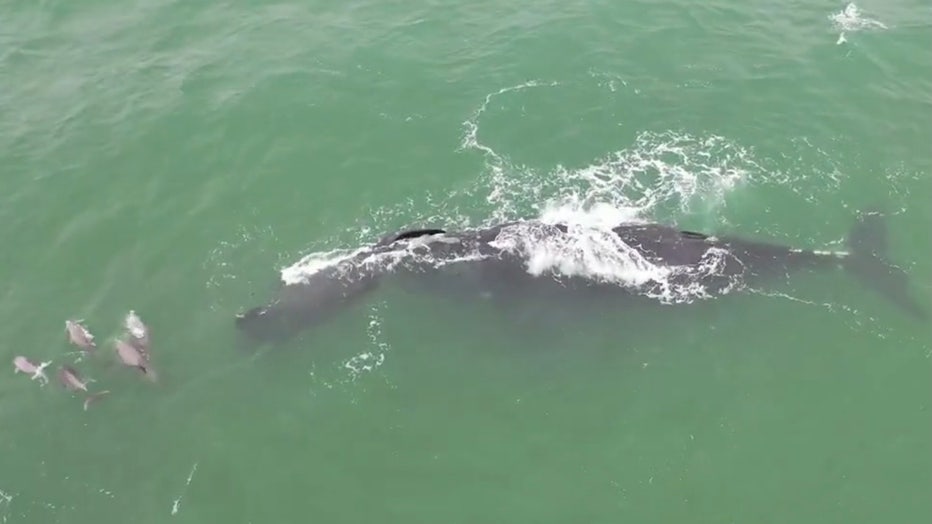 She explained to FOX 35 that these animals are critically endangered.

"I found out that this is actually a yearling and they can be tricky to ID, this came from the Marine Resources Council Right Whale Monitoring."