The video was provided to FOX 35 by Diana Dizon.

LAKE BUENA VISTA, Fla. - A little girl honored her favorite Disney princesses at Magic Kingdom this month by bowing to them as they strolled down Main Street U.S.A., a video from her mother showed.

Diana Dizon told FOX 35 that she was visiting Walt Disney World with her family on October 14 when she saw her daughter sharing an adorable moment with some princesses at Magic Kingdom.

"We are from York, Pennsylvania, but originally from Cagayan de Oro Philippines," she explained. "We were visiting Disney that day mainly to see all the princesses and Disney characters but also to celebrate our wedding anniversary."

While watching the Disney Princesses stroll down Main Street U.S.A., Diana said that her five-year-old daughter, Vea Antonette Dizon, began to wave and bow at the princesses, paying them respect.

"My husband was telling her to do courtesies for the princesses because that’s what the princesses do for each other," she said. "We were super excited. I was teary-eyed at some point because I saw the princesses bowing back to her and I thought it was adorable." 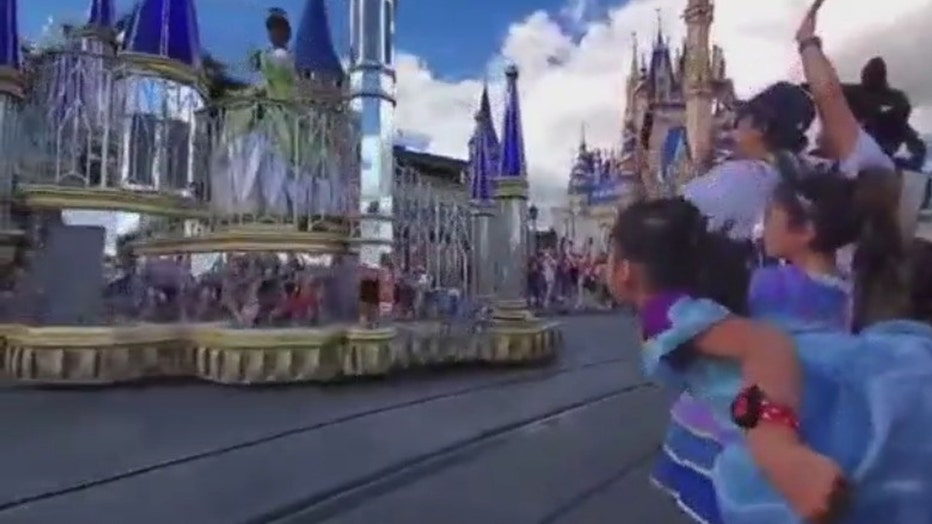 As for little Vea’s favorite princesses, Diana said that they are "Rapunzel, Belle, Moana, and Elsa because not only are they beautiful but they are also strong and smart. She said she wants to be like them."

Just a month prior to Vea’s magical moment at Disney, a little boy from Central Florida went viral for how he greeted the princesses at Walt Disney World.

His mother posted a video to TikTok of her son, Bernardo, tipping his Mickey hat to the princesses as they walked by during a parade. He even gets a kiss blown to him from Snow White.

Viewers on TikTok were impressed, calling the 4-year-old "a true gentleman."

‘The World’s Most Magical Celebration,’ Disney World’s 50th anniversary celebration, kicked off on October 1, 2021. Festivities will go on for 18 months as new experiences and magical moments arise throughout the entire resort.

For more about The World's Most Magical Celebration, check out ‘Disney's 50th anniversary celebration underway: What to expect’ by FOX 35.