It did not take long for the University of Central Florida to find a new athletic director, and we got to meet the new man in charge on Wednesday. Terry Mohajir , the former Arkansas state AD has quite the resume as well. His first task will be to find a new head football coach.

ORLANDO, Fla. - The University of Central Florida (UCF) has hired a new Director of Athletics.

In late January, former UCF Athletic Director Danny White said that he was leaving Central Florida to become the next Director of Athletics at the University of Tennessee. Shortly after, UCF football coach Josh Heupel announced that he is also leaving to become the Tennessee Volunteers’ head coach.

The University said that Terry Mohajir is the new Vice President and Director of Athletics, citing that he has "excelled at hiring coaches who win championships, raising the money for first-class athletics facilities and support resources necessary to be nationally competitive, and fulfilling a promise to guarantee a job or graduate school admission for every student-athlete who graduates."

Most recently, Mohajir served as Arkansas State University’s vice chancellor for intercollegiate athletics and is one of 13 members of the College Football Playoff Selection Committee. He was also said to have been named one of the top five non-Power 5 athletic directors in the nation.

"Terry is a high-energy leader who has demonstrated success in raising a school’s national profile by hiring high-quality coaches and developing outstanding facilities that enhance the experiences of student-athletes, fans and donors," said UCF President Alexander N. Cartwright. "Most importantly, he cares deeply about student-athletes’ success in competition, in the classroom and after they graduate." 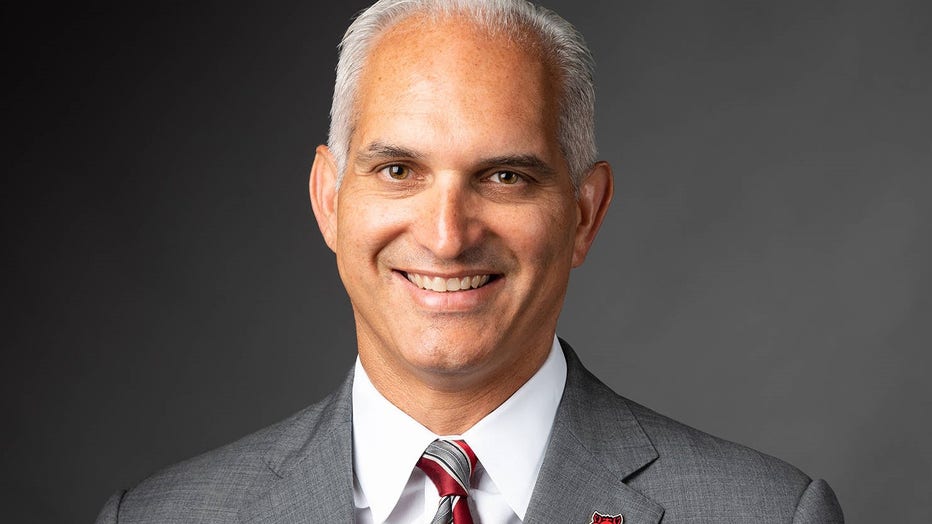 "I’m excited for the opportunity to build on the tremendous momentum UCF’s talented student-athletes, coaches and staff have established with the enthusiastic support of Knight Nation and so many generous donors," Mohajir said. "There’s no doubt in my mind that together we will continue to construct the best athletics program in the country by providing exceptional resources and services to our students. I’m ready to Charge On with Knight Nation."

His first task will be to hire a new head football coach, UCF said. He has already started the process and is said to be known for hiring innovative, offensive-minded coaches.

UCF introduced Mohajir to the Knight Nation on Wednesday.

Mohajir hired two successful coaches during his tenure at Arkansas State, first bringing in Bryan Harsin and then Blake Anderson. Anderson left for Utah State after this past season and former Tennessee coach Butch Jones was hired by Mohajir at Arkansas State to replace him in December.

Arkansas State won four Sun Belt football championships among its 25 conference titles in all sports during Mohajir’s tenure and made more than $90 million in facilities improvements.