The FOX 35 Storm Team is tracking two tropical storms, Lisa and Martin, which pose no threat to Florida. Another area over the Eastern Atlantic Ocean could organize into a system that may produce rain over Central Florida next week.

ORLANDO, Fla. - There are now two tropical storms churning in the Atlantic – both of which are expected to become hurricanes.

Tropical Storm Martin formed over the central north Atlantic on Tuesday. Meanwhile, Tropical Storm Lisa is gaining strength, according to the latest forecast from the National Hurricane Center.

The National Hurricane Center says Martin is located 550 miles east-northeast of Bermuda with maximum sustained winds of 50 mph. Some strengthening is forecast during the next 48 hours, and Martin is expected to become a hurricane by Wednesday night before transitioning to a powerful extratropical system on Thursday, the NHC said on Tuesday. 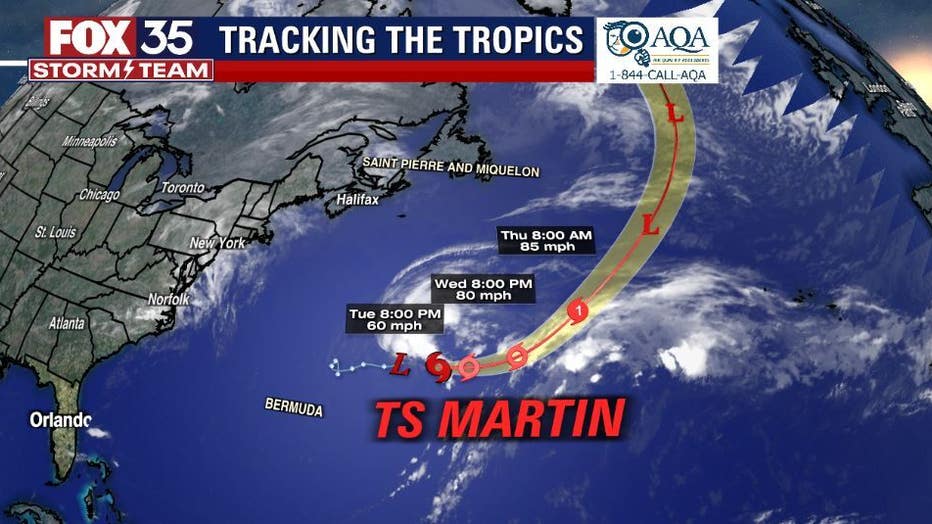 Martin is not forecast to be any threat to Florida.

"On the forecast track, the center of Lisa will pass south of the Cayman Islands today, move near or over the Bay Islands of Honduras early Wednesday, and approach Belize later on Wednesday," the NHC said. "Further strengthening is expected, and Lisa is forecast to become a hurricane overnight over the northwestern Caribbean Sea and continue to intensify on Wednesday." 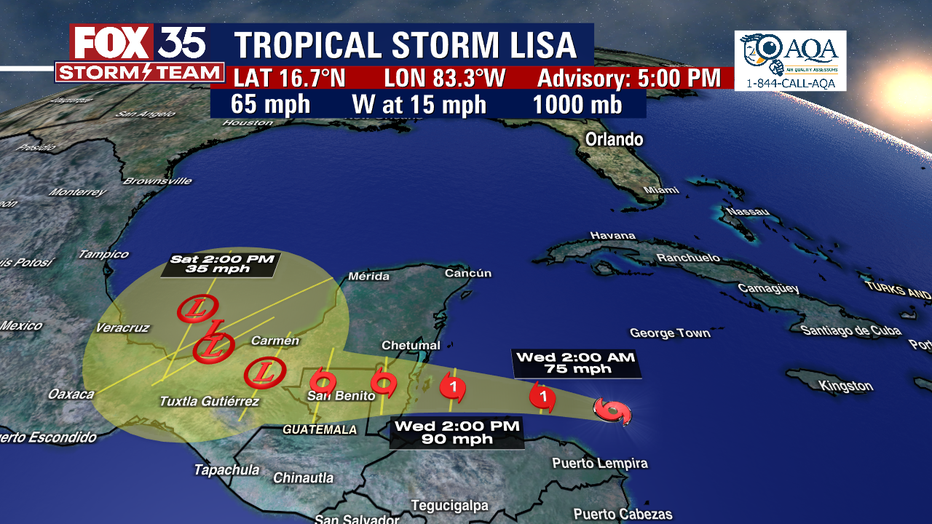 RELATED: Accuracy of hurricane 'cone of uncertainty' and why it's hard to predict storm's path

As of now, Lisa is not expected to have any impact on Florida.

Stay with the FOX 35 STORM TEAM for the latest, hurricane season remains in play until November 30th.