Residents in the Tampa area are reporting damage to homes after a tornado from Tropical Storm Nestor.

On Saturday, the National Hurricane Center said that Nestor was downgraded from a tropical storm to a Post-Tropical Cyclone. 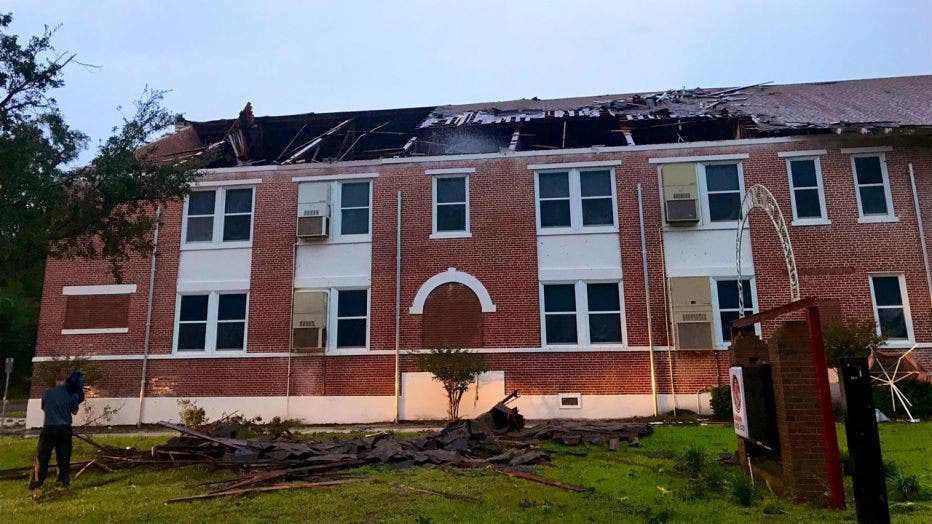 Kathleen Middle School suffered major damage. Photos show where a section of the roof was blown off by what the National Weather Service now confirms was a tornado. Shingles, other pieces of roofing, and even bricks littered the lawn and sidewalks around the school early Saturday, and some trees nearby trees were blown over. 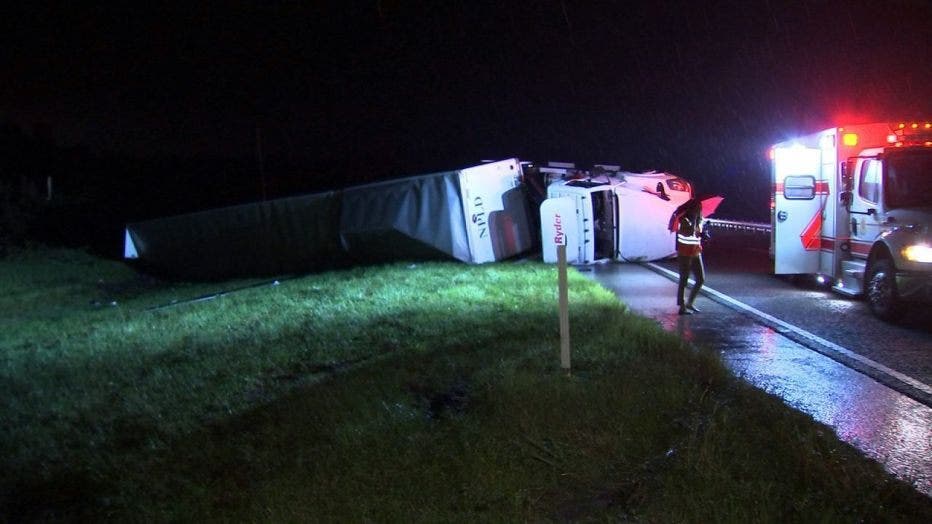 Down the street, some homes also appeared to be damaged. At one home, an RV was blown atop a boat in a driveway.

One homeowner whose roof was ripped off tells Fox 35's Vicki Karr that despite the damage, she's staying positive.

"It's a small price to live in paradise. I still love it here. Just because a tornado picked by house it doesn't mean I'm down on Florida or anything. It's just a fluke thing and everybody's ok so it's fine." 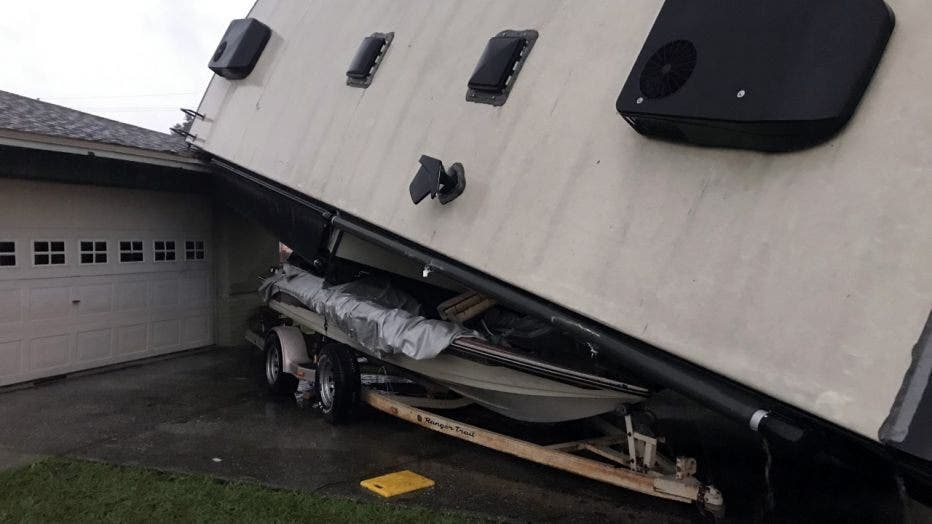 Winds also toppled trucks along Interstate 4 and the Polk Parkway late Friday. One tractor-trailer was flipped onto a car carrying a family from Illinois, but the Florida Highway Patrol says no one was hurt. The driver of a second toppled truck was taken to the hospital, though.

Crews were seen repairing powerlines where nearly 13,000 residents were reportedly without power.

Polk County Sheriff Grady Judd says that they have not had any reports of serious injuries related to the tornado.

"However, there are many people dealing with damage to their homes and property this morning, some of it severe. Keep them in  your thoughts and prayers, and if there is anything you can do to help your friends and neighbors, do it. We still have lots of rain, and the possibility of more severe weather today, so be careful! Please drive safely!"

Fox 13 contributed to this report.