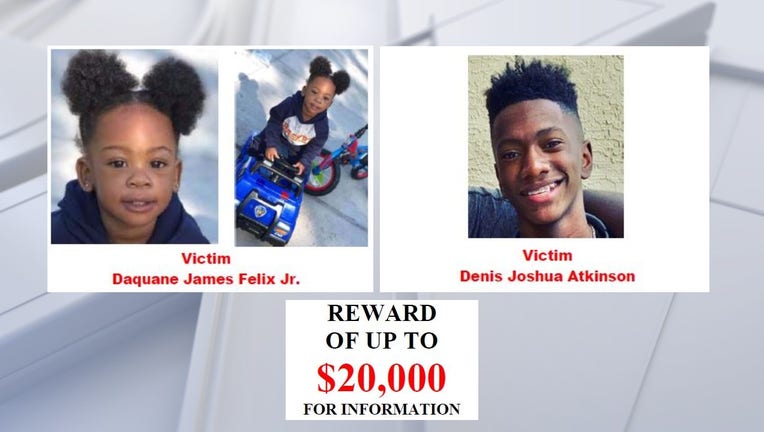 LAKE MARY, Fla. - Detectives with the Orange County Sheriff's Office continue to search for leads in two fatal shootings that are believed to be gang-related.

A reward for information leading to an arrest in one of the two drive-by shootings was recently increased to $20,000.

Witnesses to the shooting of the toddler said that they heard an exchange of gunfire and then saw cars speeding away from the street.

Deputies believe the shootings were acts of gang retaliation. Anyone with information is asked to call Crimeline at 407-423-TIPS (8477).