The Sheriff's Office believes the shootings were acts of retaliation by gangs.

ORANGE COUNTY, Fla. - The Orange County Sheriff's Office believes that two fatal drive-by shootings, one where a three-year-old child lost his life and another where one teen was killed and another is in critical condition, were acts of gang retaliation, they said on Wednesday.

Deputies responded to the area of Drexel Avenue at around 9:21 p.m. on Tuesday in reference to a call about shots being fired. Witnesses said that they heard an exchange of gunfire and then saw cars speeding away from the street.

When deputies arrived, they said they found the young child who had been shot. The grandmother of the child, Veronica Felix, told FOX 35 News that it was her 3-year-old grandson.

The little boy had just turned 3 this past weekend, the grandmother told FOX 35 News.

“I just see him in my head laying on the ground right there and I wasn’t able to save him,” Felix said. “It hurts bad. It hurts so bad.”

The little boy had just turned 3 this past weekend, she said. She wants the ones behind the shooting to "just turn themselves in."

MORE NEWS: Teen killed, 3 others injured in crash on US-27 in Clermont

Officials said the child was declared dead at the scene. No one else was injured, according to investigators.

The little boy had just turned 3 this past weekend, the grandmother told FOX 35 News.&nbsp;

This is the second child shot and killed in Pine Hills this week.

Just 24 hours earlier on Monday, deputies responded to another shooting about three miles away on Glendale Road. Joshua Atkinson, 14, was shot and killed in front of his home and another child, a 15-year-old, is in the hospital in critical condition.

"I just seen a whole bunch of police officers and a rescue wagon," a witness said. "It was very loud. Very loud. It was a very high powered rifle they were shooting."

Sheriff Mina said that Atkinson was also an innocent victim, stating that "his family told him, don’t hang out with those boys. But he went anyway and now he’s dead. That is an incredibly difficult and tough lesson."

He added that "there are some very violent gangs here at work in Orange County. They are heavily armed and not afraid to use violence. They don't think twice about who they kill. We've seen an increase in violence and retaliation that has intensified since the drive-by shooting at Powers Ridge Court in July."

The Orange County Sheriff's Office believes that two fatal drive-by shootings, one where a three-year-old child lost his life and another where one teen was killed and another is in critical condition, were acts of gang retaliation. Sheriff John Mina speaks to Good Day Orlando.

Sgt. Paul Volkerson also spoke at the news conference and said that the 'Army Gang' and the '438 Gang' are responsible for a series of at least seven drive-by shootings since July. He said that "some of the homes that have been targeted are being occupied by or are members of the 438 or Army gangs are staying in those residences. We have been able to tie them back to members of the gang."

Detective Joseph Covelli added that "last night, the victims were 438’s. The gang that was shooting, that’s still to be determined." 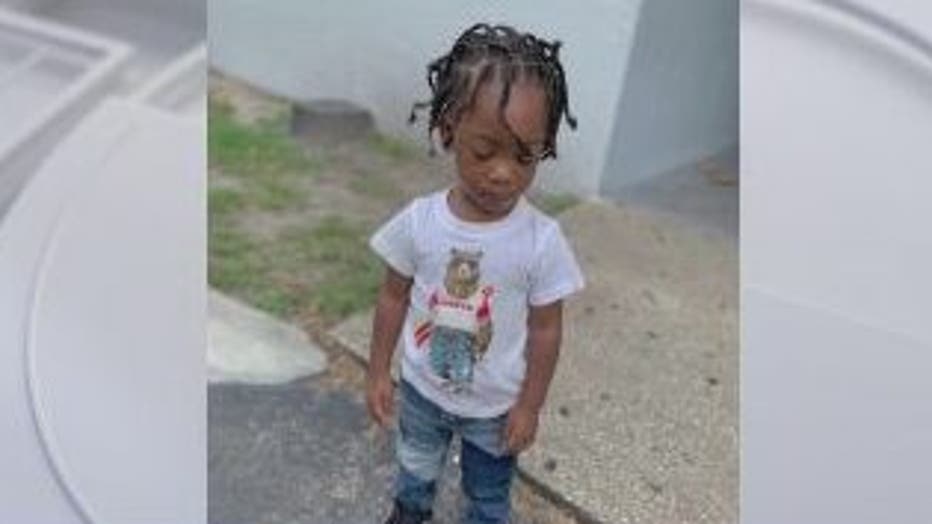 Sheriff Mina said that stopping gang violence is the Sheriff's Office number one priority right now and that they have assembled a task force with the Orlando Police Department, the State Attorney's Office, and the U.S. Attorney's Office as well. He proclaimed "we're gonna catch all of them. And we're gonna put them in prison."

Investigators said they need the community to report gang activity, even if it means turning a family member in. They ask if you see people loading guns into cars or if you see known gang members gathering, please call Crimeline anonymously at 1-800-423-TIPS.

The Sheriff wants people to understand that "the alternative is having their three-year-old family member killed. Alright. If that were me and my elderly son was knowingly involved in gang violence and carrying guns and my family member who’s three-year-old was killed as a result of that, you’re darn right I’d turn him in."

Stay tuned to FOX 35 News for the latest on this story.