The 18-year-old suspect accused of leading deputies on a high-speed chase through multiple counties and engaging in a shootout in Lake County in now behind bars.

DELTONA, Fla. - The 18-year-old suspect accused of leading deputies on a high-speed chase through multiple counties and engaging in a shootout in Lake County in now behind bars.

Jonny Santiago was booked into the Orange County Jail on Wednesday night after his release from an Orlando hospital. He has since been turned over to Lake County law enforcement. Santiago is facing several charges including attempted murder and fleeing and eluding law enforcement.

Intense body camera video was released Wednesday showing the moments the Deltona teen allegedly got into a shootout with deputies following a pursuit and ended with him crashing a truck into a Mount Dora synagogue on Monday, according to authorities. 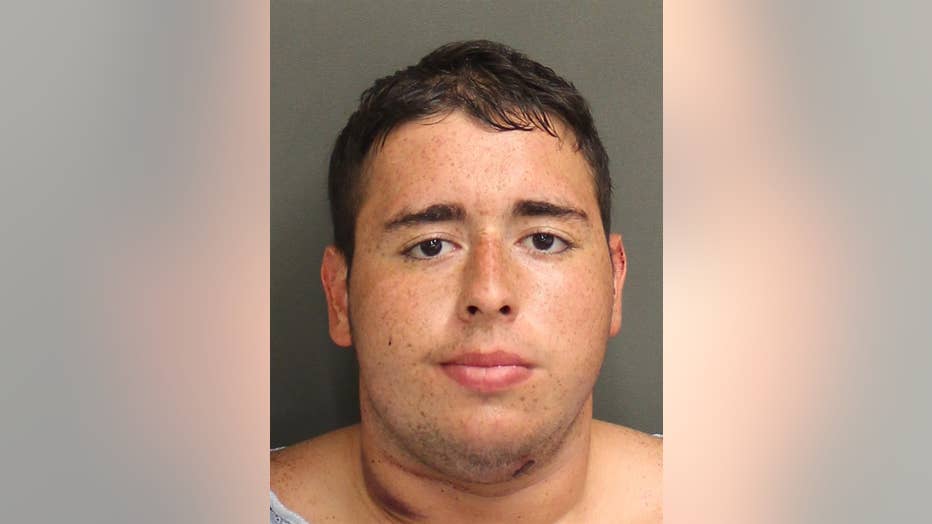 "Shots fired! Shots fired," one deputy could be heard saying amid the pursuit. "He was shooting at me in front of the cemetery," he added.

Santiago is reportedly seen firing at the deputy and the deputy firing back, hitting him.

Investigators believe Santiago killed his father, Juan Santiago, in Deltona. His father has been missing since Sunday night and family members have flown in from out-of-state hoping to help find him.

The Volusia County Sheriff's Office believes violence erupted after Santiago and his father argued about using the family truck. Sheriff Mike Chitwood said the two began to argue as Johnny's mother was on the phone with Juan in New York.

"And he’s arguing with his son to turn over the car keys to the F-150. The argument is heated. Mom hears gunshots and the phone goes dead," he explained.

Investigators said they found blood and bullet casings during their investigation into Juan Santiago's disappearance.

The family members say they're cooperating with investigators.