Hurricane Ian is now a powerful Category 3 hurricane as the system makes its way toward Florida.

ORANGE COUNTY, Fla. - As Floridians prepare for Hurricane Ian's impact, there is one go-to "safety" measure many people do: taping their windows. However, experts say it's a bad, and potentially dangerous, idea.

Many people are under the illusion that taping their windows in a big X will somehow stop the window from shattering if a strong hurricane blows through, creating a false sense of security. In fact, seven out of 10 people surveyed believed that taping windows was an effective way to keep them from shattering during the storm.

Hurricane Ian strengthens into major Category 3 storm: When will it make landfall in Florida?

TIMELINE: When Hurricane Ian will have an impact on Central Florida

"Taping windows has proven not to work," she said. "It was a theory that if you were to tape your window, that the glass would not shatter and break into bigger chucks." 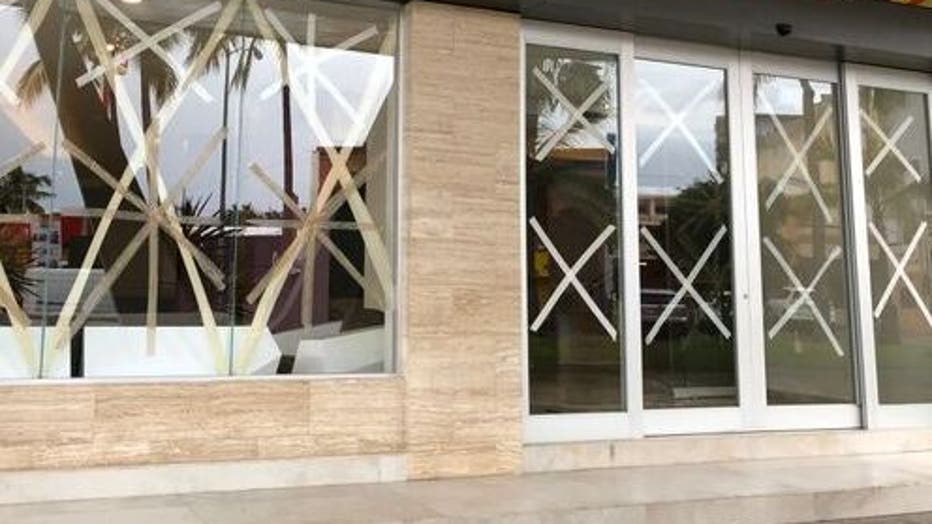 According to Leslie Chapman-Henderson, president and CEO of Federal Alliance for Safe Homes, taping windows can actually create larger and deadlier shards of glass when winds blow through a home.

Instead, experts suggest spending that time putting plywood over your windows or installing impact-resistant windows or shutters.