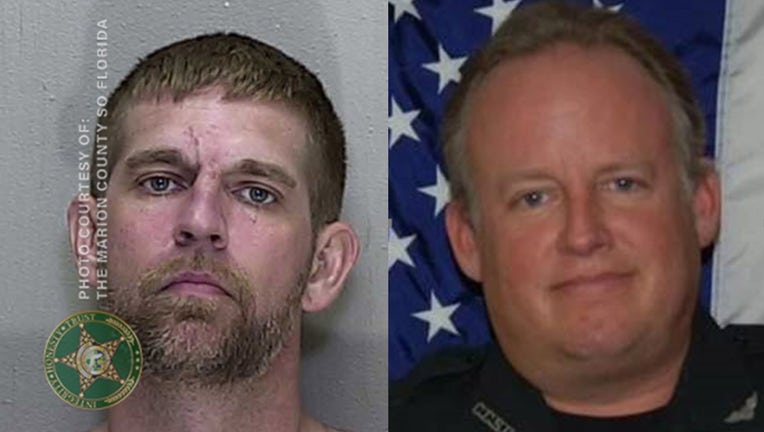 MARION COUNTY, Fla. - A Marion County man has been arrested in connection to the murder of a retired Florida deputy.

Steven Alan Swearingen is charged with Second Degree Murder, False Imprisonment, and Possession of a Firearm by a Convicted Felon.

"When deputies arrived at the location, they located the victim, 52- year-old Steven Smolensky, who was deceased and who had sustained multiple gunshot wounds. Investigation revealed that the victim went to the location to deliver propane for his employer, Suburban Propane," the sheriff's office said.

According to the arrest affidavit, while at the residence, the victim was confronted by Swearingen, who was armed with a pistol and held him at gunpoint, refusing to let him leave or return to his propane truck.

"Swearingen further stated that when the victim attempted to return to his propane truck, he held the victim at gunpoint and would not allow him to move. Swearingen then admitted to shooting the victim multiple times," the report states.

The victim, Steven Smolensky, was a retired deputy sheriff who had served with the Citrus County Sheriff’s Office for 25 years. Swearingen is a convicted felon with an extensive criminal history, including convictions for crimes involving violence towards law enforcement.

Swearingen is currently in the Marion County Jail being held without bond.