Seminole County asks residents to be patient with debris clean-up

As counties across central Florida work to recover from Hurricane Ian, storm debris and people's belongings are piling up in front of homes and along roads.

SANFORD, Fla. - As counties across Central Florida work to recover from Hurricane Ian, storm debris and people's belongings are piling up in front of homes and along roads.

Some residents in Seminole County are getting so impatient seeing the debris they are taking it out on county workers.

Seminole County tweeted, "Please remember that crews are working tirelessly to pick up massive amounts of waste with a labor shortage, flooded roads, and other obstacles. Name calling/cursing/yelling at phone operators is never acceptable, will not be tolerated, and will not expedite service."

Some people have called in using vulgar language against workers. Hector Valle, Seminole County Solid Waste director told FOX 35 News, "Our employees are people, our customer service people are not at fault."

While some are frustrated with the waiting period, some in Seminole County understand it. "We've seen it before, it happened with Irma, you know, it might be a long while before they get around to us," John Fowler, a Wekiva Springs resident said. 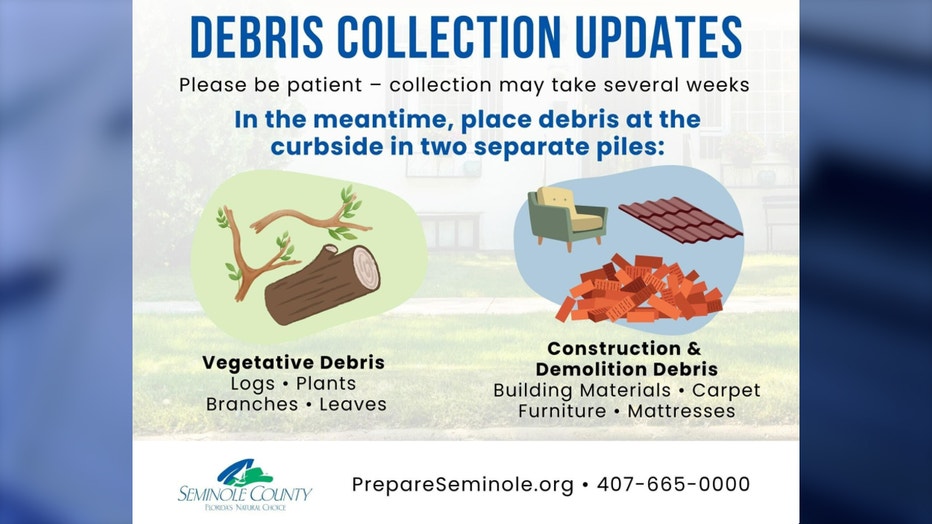 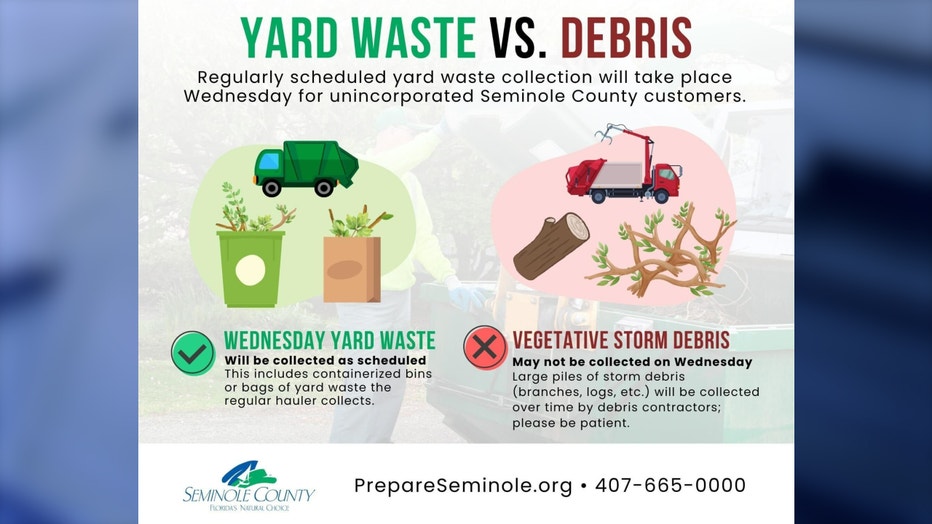 Valle said five days ago the county was using two trucks dedicated to debris removal, as of Thursday it had 77. By Friday, it will have 86 by next week it hopes to add 10 to 15 more. "We have over half a million cubic yards of storm debris to pick up," Valle said. "That's a staggering amount, even with unlimited resources that would take quite some time."

The county said it is focusing on areas that were hit hardest first, which means some areas could be waiting a couple of months until debris is removed. Starting in a couple of weeks, the county said it will start to pick up construction and demolition debris like building materials, carpets, furniture, and mattresses.