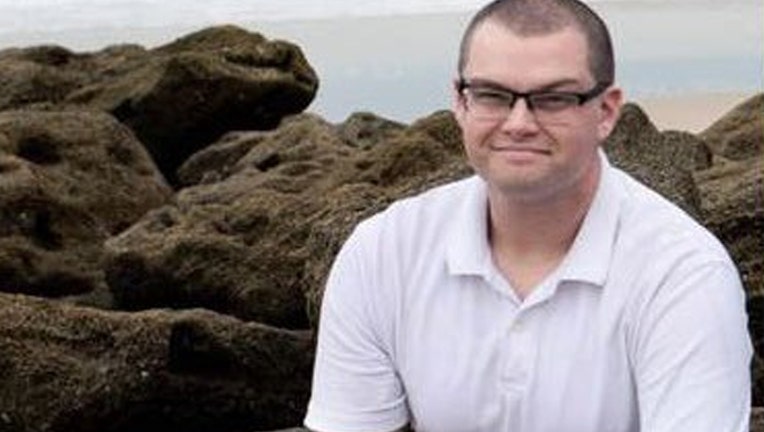 DAYTONA BEACH, Fla. - The Daytona Beach Police Department announced on Tuesday that a scholarship fund has been established in honor of fallen officer Jason Raynor.

Daytona Beach Police Officer Jason Raynor was shot while responding to a call of suspicious activity on June 23, 2021, according to law enforcement. This sparked a manhunt for the suspect, 29-year-old Othal Wallace.

Days later, police said that Wallace was tracked down in a treehouse near Atlanta, Georgia. He was extradited back to Volusia County and has remained behind bars while awaiting his trial.

It was not until August 17, 2021, that Officer Raynor passed away at the Halifax Medical Center in Daytona Beach, police said. His family was by his side.

Daytona Beach Police Chief Jakari Young released a statement at that time that read, in part, "It is with an extremely heavy heart that I inform everyone that our beloved brother, Officer Jason Raynor, has passed away," Chief Young said. "The outpouring of love and support that all of you have shown to our police department and to Officer Raynor's family since he was severely injured has been nothing short of amazing."

The newly established scholarship fund will reportedly assist future sworn members of the Daytona Beach Police Department in paying for their education and training. The money was created through donations to Raynor and his family.

"This generous gift ensures that this hero and his story will never be forgotten," Daytona Beach Police Chief Jakari Young said. "We hope this will inspire future generations to wear our badge with pride and serve our community as bravely as Jason did."

"Our decision was based on Jason’s determination to enter into law enforcement academy training and other educational goals he accomplished in order to realize his dream of being a police officer without family assistance," Todd Raynor, Jason’s father said. "Jason often worked two or three jobs at a time while also completing his studies."

He added, "We felt it was appropriate to assist future Daytona Beach police officers in a similar situation so that they can focus on their career instead of having to worry about how to pay for it all."

The scholarship will only be used for those who wish to become sworn members of the Daytona Beach Police Department and graduate from an accredited law enforcement academy, police explained. Certain requirements must be met before the money is distributed as well.

Those who want to apply for the Officer Jason Raynor Scholarship Fund can contact our Recruiting Office at Recruiting@DBPD.us or 386-671-5407.