Daytona Beach Police Chief Jakari Young announced on Tuesday that Officer Jason Raynor died. He was shot in the head back in June while responding to a call of suspicious activity. The suspect, Othal Wallace, was arrested days later and remains behind bars.

LAKE MARY, Fla. - Video from the body cameras worn by Daytona Beach police officers on the evening of June 23 shows a chaotic scene as they responded to reports of an officer down.

Investigators said Officer Jason Raynor, 26, had been shot in the head moments earlier while checking for suspicious activity near an apartment complex on Kingston St.

"He's still talking, but it's in his head," said one officer, describing the wound Raynor received.

Officers were scrambling to find the shooting suspect, Othal Wallace, 29.

"Suspect ran which way on the street?" you can hear an officer ask.

A manhunt for Wallace went nationwide, with Wallace eventually being tracked down in a treehouse near Atlanta, Georgia days later.

He was found on a compound used by a group described as a black nationalist militia, called the NFAC. Investigators said Wallace was dressed in body armor with flashbangs and guns. Leaders of that group deny that Wallace was an active member.

The man accused of shooting a Daytona Beach officer was taken to the Volusia jail on Friday. 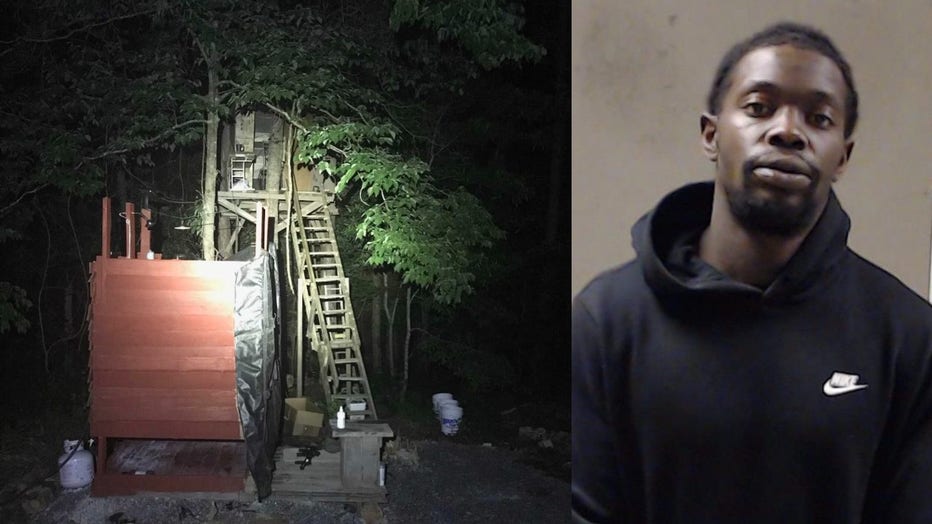 Wallace was extradited back to Volusia County after the shooting and has remained behind bars.

He previously pleaded not guilty to the Attempted First-Degree Murder of a Law Enforcement Officer.

However, following the passing of Officer Raynor on Tuesday, a charging affidavit from the Volusia County Sheriff's Office shows that Wallace now faces a 'First Degree Murder of a Law Enforcement Officer' charge. This is a capital offense with enhancements and FOX 35 News legal analysts say that could lead to a death penalty case.

The State Attorney's Office then announced on Wednesday that they are seeking the death penalty against Wallace.

"Our thoughts and prayers are with the family of Officer Jason Raynor, the Daytona Beach Police Department, and all our brothers and sisters in law enforcement," said State Attorney R.J. Larizza. "We will proceed with our solemn mission to hold Officer Jason Raynor’s murderer accountable."

He then added, "Justice equals accountability and justice demands the death penalty."

Wallace had his first appearance in court on Wednesday afternoon.