St. Johns River will take a week to recede after cresting

The St. Johns River was expected to crest along the Sanford River Walk on Wednesday. The river was already at at a major flooding stage on Tuesday. Business owners said the rising waters have drawn crowds and a few alligators.

SANFORD, Fla. - Seminole Blvd. runs alongside Lake Monroe from Interstate 4 to Downtown Sanford. Next to the boulevard is the Sanford River Walk. Both the roadway and the popular biking and jogging path are underwater.

Lake Monroe is just one of the many lakes that make up the St. Johns River system.  Several businesses that front the lake watch as the water rises due to the historic rainfall dropped by Tropical Storm Ian.

Owners of Executive Cigar Sanford are planning on moving patio furniture out on Wednesday as the water is supposed to reach its highest level. One of the business's owners says he has lived in Sanford for more than 40 years and has never seen anything like this. 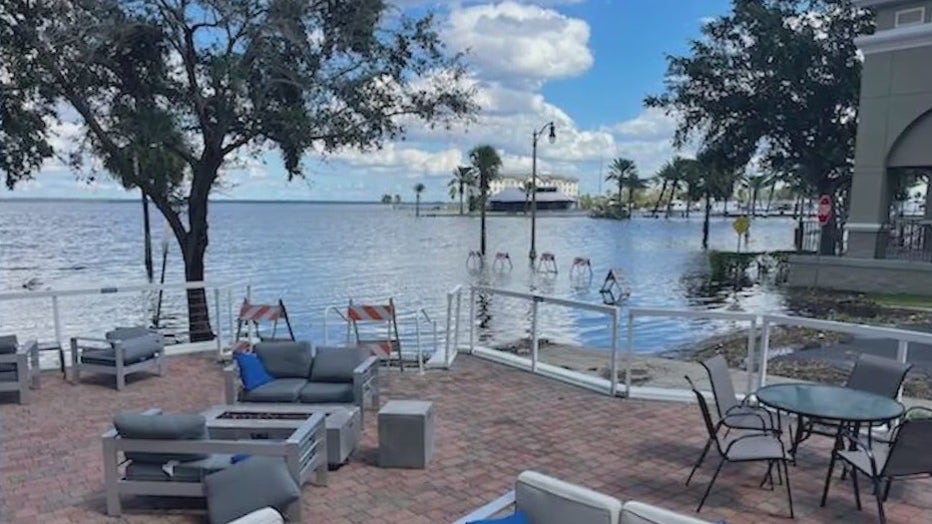 "You can see waves breaking as it’s coming in. we had a number of people out here today -- a lot of people who just drove up and wanted to see it and take pictures. So like I said, I’ve never seen anything like it," said Joe Dalton.

Dalton said they had people fishing off the patio at the business on Tuesday and even saw a gator swimming near the patio earlier.

He said they had a little water inside the cigar bar last week when Ian came through, but there was nothing significant. He is not worried about the water coming into the building because it is elevated.

Once the river crests in Downtown Sanford, it could take about a week for the water to recede.