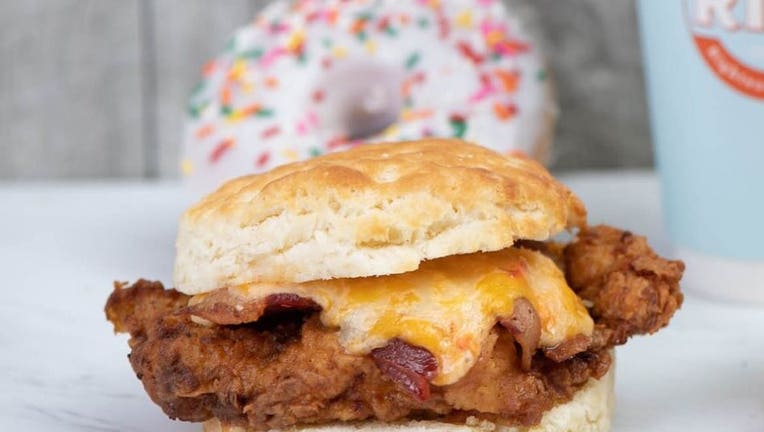 ORLANDO, Fla. - If chicken, biscuits and donuts sound heavenly, you'll be able to find them all under one roof when Rise Southern Biscuits & Righteous Chicken – a popular breakfast and lunch franchise – opens its first of 20 planned locations in the Orlando-area.

The company said it will open the first Florida location in Winter Park in early 2023. It will take over a former mattress store at Lakeside Crossing, 110 S. Orlando Ave.

"The Winter Park location has great demographics and is on a busy shopping street with very little inventory to rent. When the spot became available, we grabbed it," said owner Don Schnurr.

Founded by a CIA-trained chef, Rise’s elevated Southern comfort food has gained in popularity since opening in 2012 in Durham, North Carolina. And its biscuits have earned bragging rights, being named one of the best in the country by Food & Wine Magazine.

Rise prides itself on ‘crave-worthy’ food and are confident that it is "serving the best dang biscuits & beyond," according to the website.

"Our fluffy, buttermilk and Cheddar biscuits are made from scratch and filled with savory ingredients ranging from crispy bacon and country sausage to fried green tomatoes and our famous Righteous Chicken."

So what makes the chicken ‘righteous’? Rise says its chicken tenderized, brined in buttermilk, fried to golden-brown perfection and then served on a biscuit, bun or as strips with the guests choice of toppings and sauces.

The menu for the chicken concept features specialty breakfast biscuit sandwiches with your choice of what's in between – like Nashville Hot Chicken, pork sausage and buffalo chicken with blue cheese sauce. For lunch, guests can choose one of the ‘Righteous Boxes’ that include chicken strips on their own with a side or biscuits and gravy served up several delicious ways! Side items include cheddar tots, crispy fried okra, cheese grits and seasoned rise fries.

If you're looking for something sweet, Rise also serves a variety of donuts worth breaking your diet for including chocolate iced, cinnamon sugar, and Cheerwine.

Rise has locations in several states, including California, Virginia, Texas and soon Florida. The company says it's planning 20 locations in Central Florida over the next five years and already has a location in downtown Orlando and another in Oviedo selected for its second and third outlets.