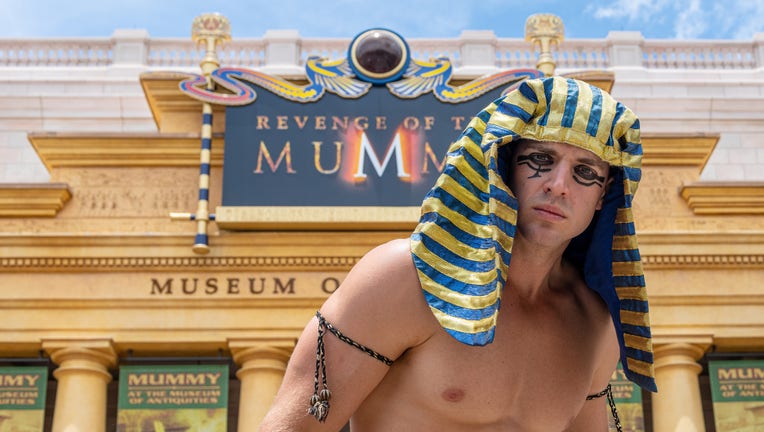 Male entertainer outside the 'Revenge of the Mummy' amusement park ride at Universal Studios. (Photo by Roberto Machado Noa/LightRocket via Getty Images)

ORLANDO, Fla. - Sorry, coaster fans! Universal Orlando Resort says that the ‘Revenge of the Mummy’ attraction will be closed for several months in 2022.

The theme park company confirmed to FOX 35 on Wednesday that the coaster, inspired by ‘The Mummy’ film franchise, will close for maintenance starting January 7th, 2022, through late summer 2022.

That same day, Universal Orlando Resort said that the ’Shrek 4D’ attraction and its corresponding gift shop will permanently close that same month. They said that this will happen on January 10th, 2022.

They did not provide information on what would replace the attraction.

In addition, Universal Orlando Resort also said in a Twitter reply that the ‘Meet Shrek and Donkey’ experience will continue to operate daily for park guests to enjoy.