Residents in Volusia community worry about increase in bear encounters

Neighbors in an Orange City community say they’re being terrorized by bears on a daily basis.

ORANGE CITY, Fla. - Neighbors in an Orange City community say they’re being terrorized by bears on a daily basis.

Some people are worried about their safety in their own yards, saying the bears live in a wooded area right across the street.

"This morning, we had a 500-pound bear rip through five garbage cans," said Bernadette Bibi. "One of them happened to be mine."

That bear was caught on camera digging through the trash.

Another neighbor took a video of his fence after a bear clawed through to get to the garbage bins.

"We are terrified to come out at night," Bibi said. "Right now, none of us feel safe. There are a lot of children in this community and a lot of dog owners." 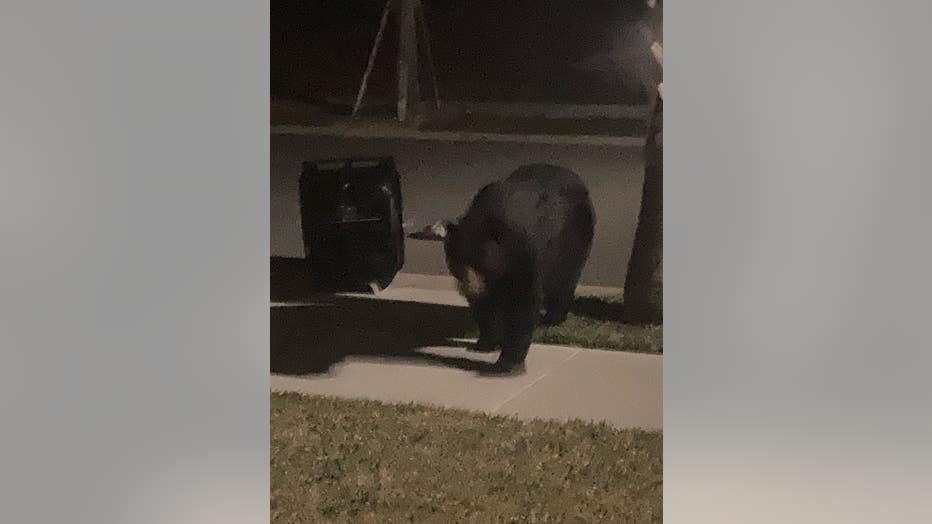 They’re even more terrified after seeing a woman in nearby DeBary attacked while walking her dog.

Also this month, a Daytona Beach man was clawed and bitten trying to protect his pets.

Bernadette Bibi says she called the Florida Fish and Wildlife officials asking them to remove the bears.

Officials say they don’t typically do that, since the bears could return.

"The best they could offer was to have someone come out and educate the neighborhood about securing their trash and getting rid of things like bird feeders that attract the bears. For me, I feel like that’s not enough," Bibi said.

Nereida, who also lives in the neighborhood but did not want her last name published, says she moved there from Alaska.

Having dealt with bears in the past, she hopes her neighbors will start by locking down their garbage.

"I think we all need to take it seriously before somebody gets injured or hurt, or maybe even killed," Nereida said.

Wildlife officials said it has been similar to past years.