Man speaks out after defending dogs from bear

New dramatic video shows Walter Hickox as he fights off the black bear. Hickox was letting out his three dogs when the bear came charging at them. Hickox quickly jumped in between them and began screaming and pushing the bear.

DAYTONA BEACH, Fla. - Another person has been attacked by a bear in Central Florida in Volusia County.  This is the second time in a week something like this has happened.

New dramatic video shows Walter Hickox as he fights off the black bear. Hickox was letting out his three dogs when the bear came charging at them. Hickox quickly jumped in between them and began screaming and pushing the bear. Then he pulled over a bench to block off the porch.

"That image is stuck in my head. That’s the only screenshot I have. A confused-looking bear looking at me, like Yogi," said Hickox.

The incident lasted seconds but felt more like minutes to Hickox.

"I pushed a little, shoved, and he backed off the porch. Got them [the dogs] off the porch, and he disappeared into the darkness," said Hickox.

The bear scratched Hickox’s back and its teeth caught him on the shoulder. The bear then could be seen running through a neighbor’s yard. 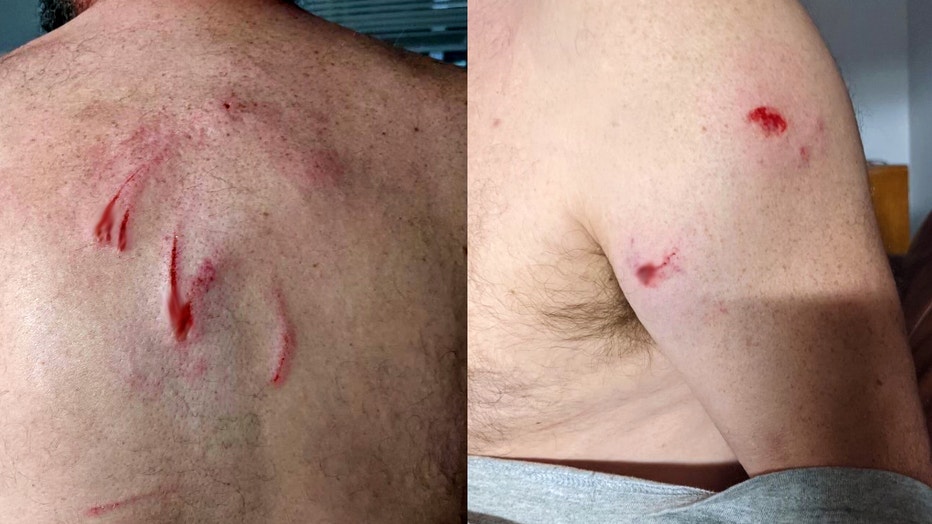 "They come around often every couple of weeks or so. Somebody’s garbage is turned over," said neighbor Elliot Michel. "Typically if you leave them alone, they leave you alone."

Bear experts at the Florida Fish and Wildlife Conservation Commission (FWC) said they receive 6,000 calls about bears a year, but there have only been 15 bear attacks in the last 50 years.

"That’s because black bears are innately afraid of people and so typically it’s not going to be a situation like this," said Bear Management Coordinator for the FWC David Telesco. "When they feel threatened they usually are going to run or climb a tree."

The FWC has set up a large, metal cage in Hickox’s front yard. The cage is loaded with snacks including peanuts and a giant cinnamon roll to lure in the bear. If the bear is caught in the next four days, the bear will be euthanized, but, if not, they will just have to hope the bear doesn’t come back. 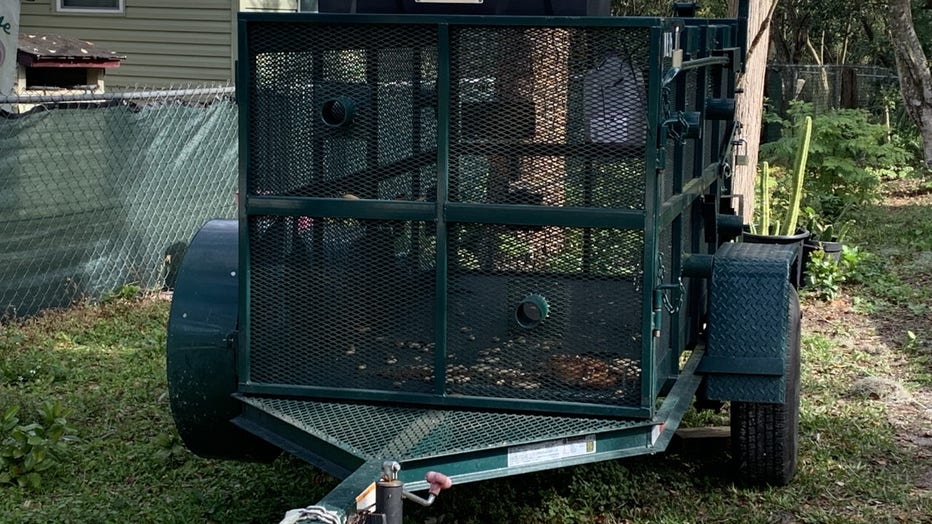 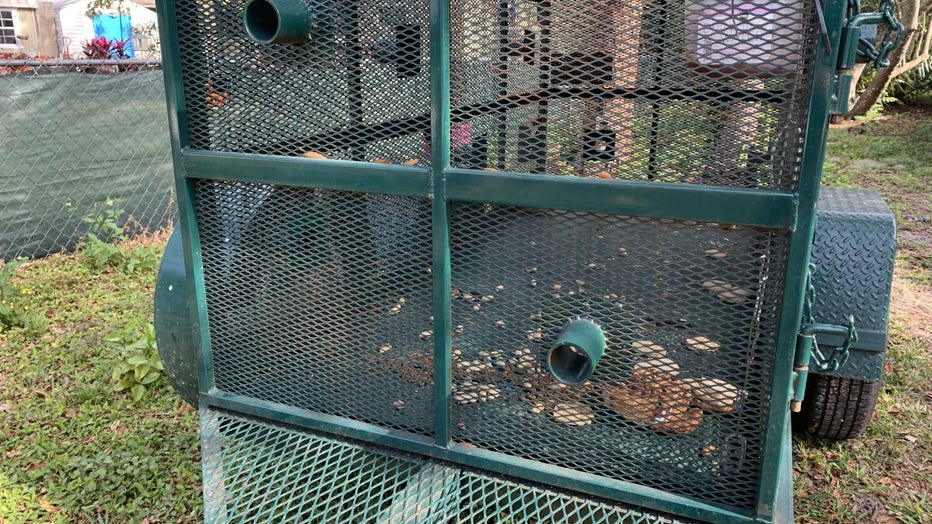 "I wasn’t worried about them before. You know regular caution, but now it’s a different story," said Hickox. "Now they’re crossing lines."

Bear experts also say if you encounter a bear running at you to actually standstill. Black Bears in particular don’t want to attack humans. If they charge it could be because the bear is trying to intimidate you. More often than not, they will stop charging and walk away. If they don’t, experts say to fight back to scare the bear off.

A Go Fund Me page has been established to assist Hickox with his hospital bills and rabies shots.  You can find that page here.