Neighbors recall the whole incident happening so fast. Aydee was out walking her dog just before 9 p.m. on Thursday when she came across a startled bear.

DEBARY, Fla. - Neighbors recall the whole incident happening so fast.  Aydee was out walking her dog just before 9 p.m. on Thursday in DeBary when she came across a startled bear.

"When I realized it, she got me here," said Aydee as she pointed to her lacerated left forehead. "I took off running, and she came running behind me."

The bear chased Aydee along Madera road in DeBary clawing her back.

"I was screaming and going to my neighbors to see if he can call 911 or help me or take out a gun," said Aydee.

Awston Kennedy was one of the neighbors who came out to help. 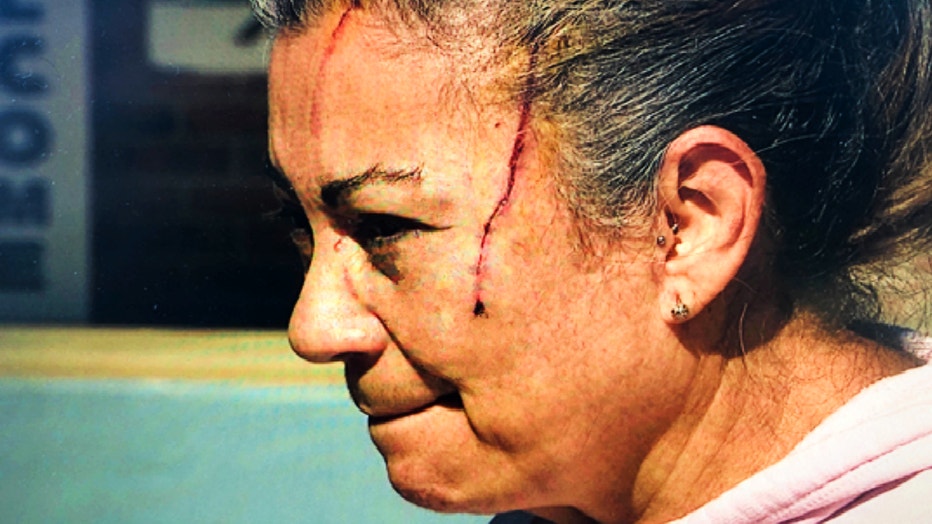 "Next thing you know there’s pounding on the door," said Kennedy. "There was four of us who came out to check on her really quick. Her main concern was her dog."

Kennedy says the bear was hanging out in the trees outside the front of his house not long before the attack. It had come down to take a look at the trash on the side of the road. He says some people nearby tried to shoo the bear away. Unfortunately, the bear ended up running toward Aydee and her dog.

After the attack, neighbors were able to scare the bear and her cubs away into the wooded area nearby until the officers with the Florida Wildlife Commission and Volusia County sheriff's deputies were able to arrive on the scene.

"They had it cornered in a tree for a bit with dome lights trying to make sure it didn’t come out," said Kennedy. "One of the neighbors actually came out with his jeep and threw the spotlights on it."

FWC determined the bear would be a continued threat to the public and decided to humanly euthanize it. They left her approximately 100-pound yearlings alone, as they are old enough to care for themselves.

"I’m an animal lover too, but those are not my friends. She was trespassing at my house. I was not in her territory," said Aydee. "Two more years and we will be in the same boat."

Others in the neighborhood are upset the older bear was killed instead of being relocated. They say she has been here for seven to eight years and never had a problem with her before.

In addition to Aydee’s cuts, she also twisted her ankle and may have a concussion. Thankfully her dog was found safe and sound.