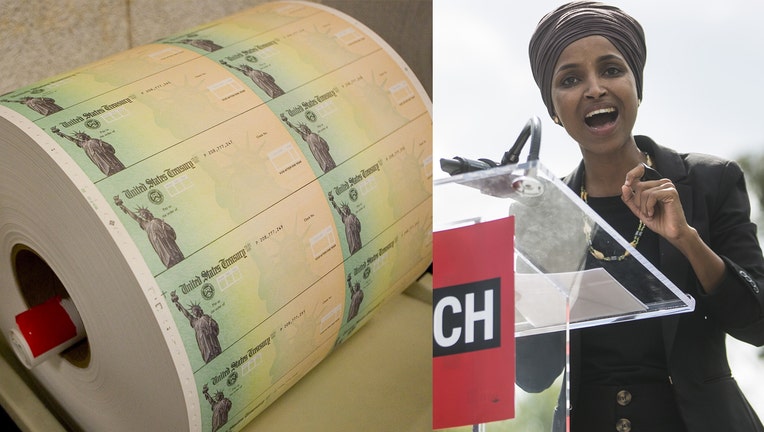 WASHINGTON D.C. - Rep. Ilhan Omar, D-Minn., and other progressive Democrats are calling this week for President Biden to commit to recurring cash payments, rather than one-off stimulus checks, to aid Americans during the coronavirus pandemic.

In his "American Rescue Plan," Biden asked Congress to approve a $1.9 trillion aid package that includes $1,400 direct payments for Americans. However, Omar and other progressives have argued that Biden’s proposal does not go far enough to address the current financial crisis.

Omar, the Congressional Progressive Caucus whip and a member of "The Squad," tweeted this week that she was "circulating a letter to Biden" pushing for the recurring payments. In another tweet, the second-term congresswoman expressed support for Sen. Ed Markey, D-Mass., and his call for "recurring $2,000 checks."

"As the country begins to look towards building to a better future, we need to provide those struggling and left behind with consistent reliable cash payments during this COVID-19 crisis," Omar said in the letter, which was obtained by the Huffington Post. "We hope that you will consider recurring cash assistance when crafting your economic policy priorities moving forward."

RELATED: Lawmaker wants $1,400 stimulus checks reserved for those who get vaccine

Omar added that the recurring cash payments should "continue until the economy recovers with equal payments to adults and dependents," among other stipulations. The letter did not detail what her proposal would cost.

Progressives have singled out Biden’s call for $1,400 payments as a source of concern, arguing that the president had effectively reneged on a pledge for $2,000 checks if the Democrats won control of the Senate. Biden’s defenders have pointed out the fact the president would keep his pledge since the $1,400 checks would follow a previous $600 direct payment included in the most recent aid package approved last December.

Biden has identified economic aid as a top priority since taking office. The president signed two executives orders aimed at jumpstarting the economy on Friday afternoon, including a directive for his administration to begin work on his pledge to institute a $15 federal minimum wage.