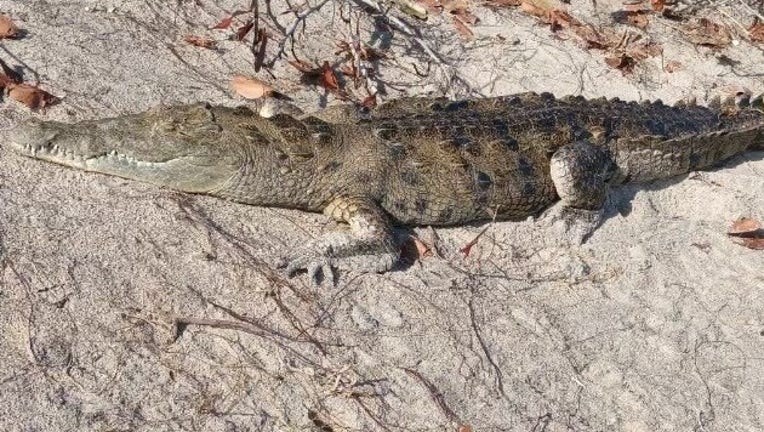 BREVARD COUNTY, Fla. - An 8-foot American crocodile was spotted out of its comfort zone in Central Florida in a rare sighting this week.

The Brevard County Environmentally Endangered Lands Program posted a photo of the large reptile relaxing on the beach on Sunday in front of the Barrier Island Center in Brevard County – which is about 88 miles southeast of Orlando. The program called the encounter a "rare sighting" that far north.

"American Crocodiles typically live in coastal areas throughout the Caribbean, and southern Florida is at the very north end of their range," the program wrote on Facebook.

Viewers on social media were amazed by the sighting.

Another said, "I think the cooler months will send them back south to warmer waters. Super cool animals. Shy and very different from their African and Australian cousins."

Listed as an endangered species in 1975, crocodile numbers have recovered since being listed as endangered in 1975, from a few hundred individuals to as many as 2,000 adult crocodiles, according to Florida Fish and Wildlife. The Florida population of American crocodiles is now classified as threatened by the U.S. Fish and Wildlife Service.