Daytona Beach police arrested a man accused of attacking a group of women in the tourist area Monday morning. Dylan Burst said he was on his way to work around 8:30 a.m. when he saw two women run onto the median on A1A near Main Street.

DAYTONA BEACH, Fla. - A Florida man was arrested after spitting on a group of women, slamming a brick onto one of them, and then kicking them while trying to steal a fanny pack from them, police said.

An arrest affidavit from the Daytona Beach Police Department said that the incident happened on Monday morning. A 911 call was made advising law enforcement about an attack in the parking lot of the 7-Eleven on Atlantic Avenue. The suspect was described as well.

Officers responded to the scene and reportedly found the suspect, later identified as 24-year-old Malik Irving. He was said to be acting very odd and appeared to be nervous. They attempted to speak with Irving but he was unaware of what was going on and kept walking. However, because he matched the suspect's description, he was detained. 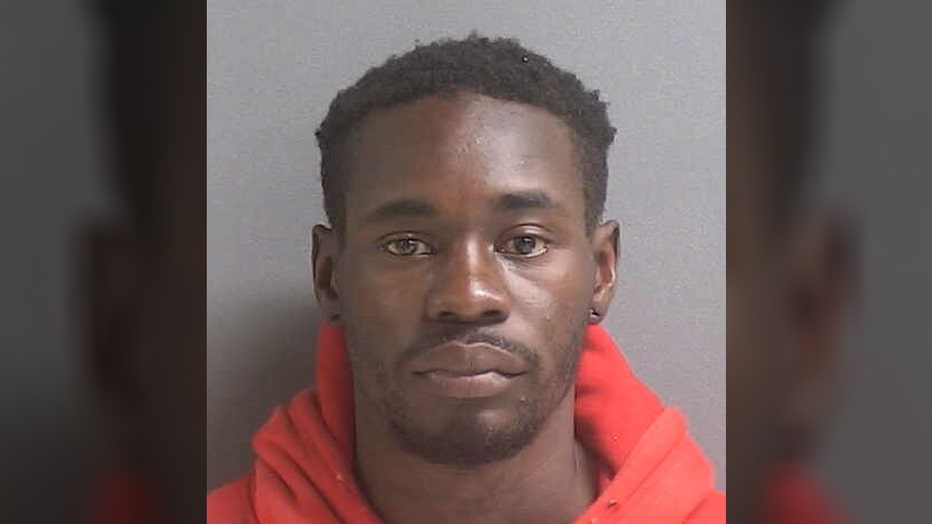 Police said that they eventually made contact with the female victims. They said that they were approached by Irving while at the bus stop on Atlantic Avenue. However, they did not know what Irving was saying because of some sort of language barrier.

He then spat at them and continued approaching them, the affidavit said. The women began to run away. Irving picked up a brick though and chased after them.

Eventually, they said that a witness to the attack came to the aid of the women and told them to get into his vehicle and drove them away.