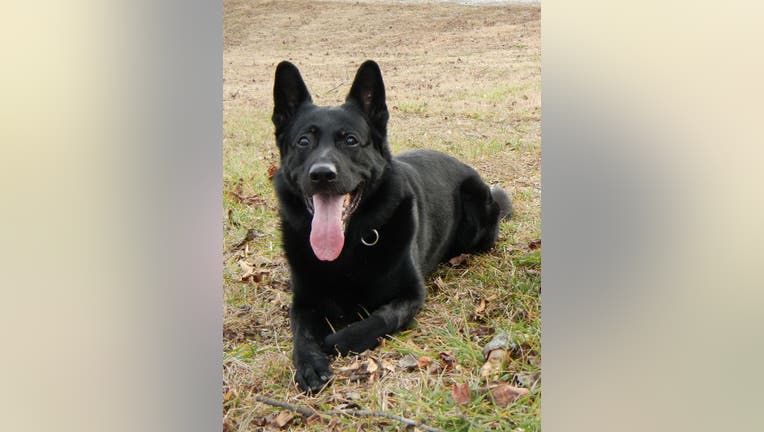 JOHNS CREEK, Ga. - A Georgia police department has said goodbye to the very first member of their K-9 team.

K-9 Nico recently passed away in his sleep. He was 12.

The Johns Creek Police Department made the announcement on their Facebook page. He and his handler, Officer Hodge, were inaugural members of the department's K-9 Unit starting in 2009.

"During his time in service, K-9 Nico was responsible for multiple criminal apprehensions, as well as multiple narcotics and large cash finds for the JCPD, as well as other jurisdictions which called for K-9 service," Office Hodge wrote. "K-9 Nico was also responsible for successful tracks on missing persons, who had either wandered off or ran away by choice."

"From that very first deployment to his very last, K-9 Nico always maintained that drive, and I took great pride in his work and loved having him as my partner."

Although Nico took his job seriously and could switch into 'patrol mode when on command,' Officer Hodge said he also had a great disposition, was very lovable, and enjoyed visiting with children at local schools.

Nico retired from the department in 2017.

"Sadly, Nico’s health began to deteriorate in retirement, some of which was attributed to the physical toll his working years had on his body."

Nico developed arthritic hips and joints that disrupted his mobility. He was also diagnosed with kidney failure, which eventually progressed and led to the beloved K-9 officer passing away "peacefully in his sleep" on Oct. 28.

"He was the best first K-9 partner I ever could’ve asked for and he will be greatly missed."