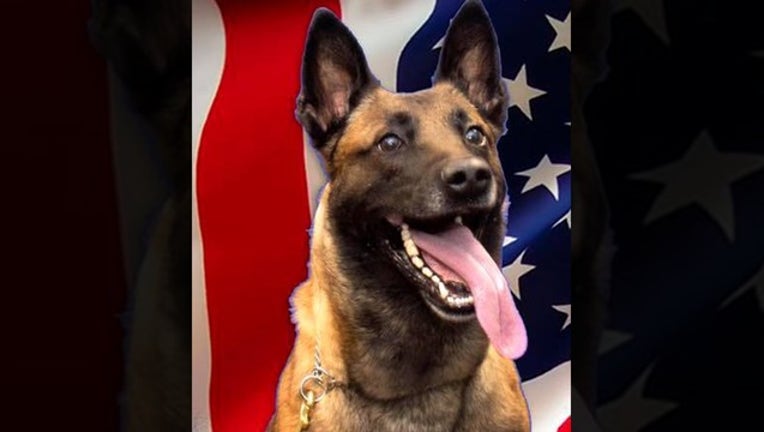 ST. LUCIE COUNTY, Fla. (FOX 35 ORLANDO) - The St. Lucie County Sheriff's Office is mourning the unexpected loss of one of their K-9's.

K-9 Dallas passed away on Friday.

According to the sheriff's office, Dallas had started showing signs of a medical emergency on Wednesday. He was rushed to a local veterinarian, but unfortunately he never recovered and died 2 days later.

"K9 Dallas joined our agency on July 8, 2016, the day after a tragic shooting in Dallas, Texas where five law enforcement officers were killed and nine others were injured," the sheriff's office wrote on Facebook. "Dallas was named in honor of their sacrifice."

The sheriff's office says they are sending love and support to the K-9's partner, Deputy Brandon Nuccio, and family.