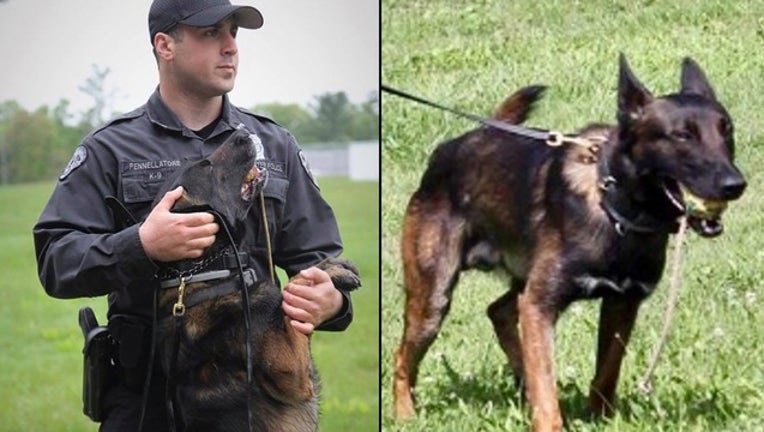 WORCESTER, Mass. (FOX 35 ORLANDO) - A police K-9 in Massachusetts is expected to recover after being stabbed several times in the head with a screwdriver while on duty.

The Worcester Police Department said that on the morning of Sept. 7, they were called to apprehend a suspect who had allegedly threatened to stab bus drivers and light them on fire. Officers on the scene located the man crouching down in some shrubs, who they said continued to threaten police and refused orders to come out.

K-9 Beebs was released to try and take down the suspect. That's when police said the suspect "stabbed K9 Beebs multiple times in the head with a screwdriver."

Beebs suffered a laceration to his mouth and several wounds to his head with swelling, according to the police department. He was rushed to the veterinarian where he was treated. K-9 Beebs was released from the hospital and is currently recovering at home with his handler, Officer Dan Pennellatore.

The suspect was taken into custody. No word on what charges he is facing.

K-9 Beebs is a 3-year-old Belgian Malinois and has served with the department for 2 and half years.

"We would like to thank everyone for their support over the past few days," the police department wrote in an update on Facebook. "K-9 Beebs is still home recovering. He seems to be a bit sore and has some swelling. But overall, the recovery process is going well."