The owners of an adorable French bulldog named Josie say they're devastated that someone may have stolen her from their Clermont home.

CLERMONT, Fla. - The owners of an adorable French bulldog named Josie say they're devastated that someone may have stolen her from their Clermont home.

"You've got it in the back of your mind that they're a high-value dog, but you don't really think that people are going to come into your yard and take them," said owner Dylan Damore.

Damore said Josie disappeared from the yard in late July. "Our Saint Bernard began barking, and it alerted my wife and I. When we went out there, we found out our bulldog had been gone." 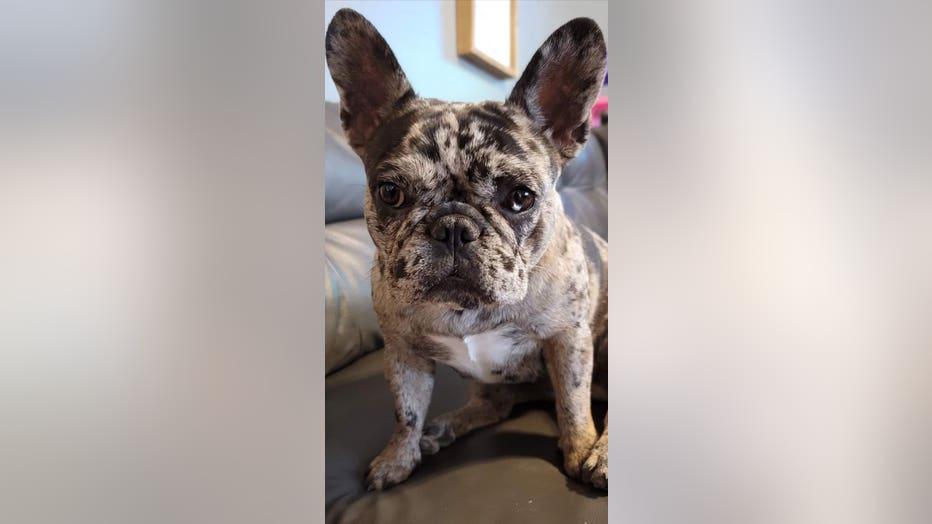 They've posted missing notices throughout the community and online. Then he says they got word from a friend that a man approached them at a Clermont gas station, and asked if they wanted to buy a dog. "We gave them a photo, and they said yep, that had definitely been the dog," Damore said.

Damore says you can recognize Josie by a distinctive white mark she has on her eye. "Underneath the pupil, like a white and blue mark," he said, "very, very unique."

The family is offering a thousand-dollar reward for Josie's safe return. They've also filed a report on her with the Clermont police. French bulldogs are in high demand and sometimes targeted by thieves. Damore says they've since put cameras up around the house. He says his children are especially upset. "I have two little kids, three and six, they come to me all the time and ask when will our puppy be coming home?"