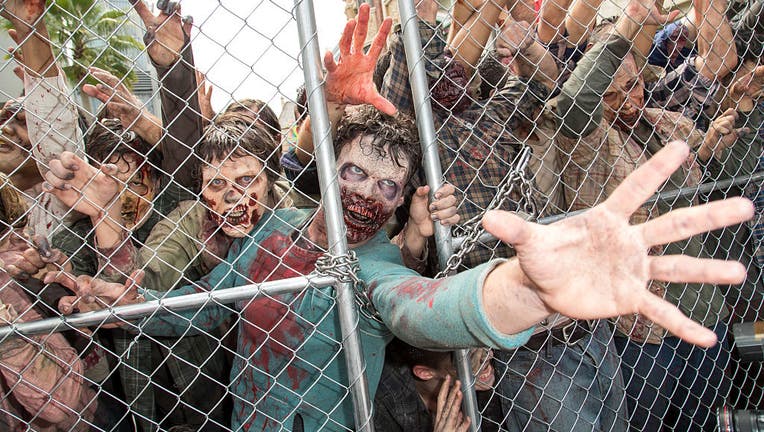 ORLANDO, Fla. - Florida is home to some of the craziest stories in the entire country – but turns out it's one of the best places to be if you want to survive a zombie apocalypse!

Just in time for Halloween, a new report from Lawn Love - a national lawncare company – lists the U.S. cities with the best odds of making it out alive should a zombie uprising happen. Surprisingly, three major Florida cities made the top ten list.

The ranking was based on several key factors including access to bunkers, hunting-gear stores and supermarkets.

According to the report, Orlando is the No. 1 place to be if you want a good chance at surviving a zombie attack, with Tampa and Miami coming in sixth and eighth place. Orlando's vast amount of hospitals to contain a disease outbreak and ranking first in the supplies and protection categories makes The City Beautiful a prime location for a survivor's colony – should you see your family and friends start to turn.

On the flip side, if you're in Las Vegas or some of the surrounding cities, consider yourself zombie food.

TOP 10 WORST CITIES TO BE IN DURING A ZOMBIE ATTACK

"Why are Vegas suburbs particularly unprepared for a zombie attack? Well, they collectively bombed every category, with some exceptions," the study says.

The findings also note that the Midwest seems to be a smart choice for a hideout because properties "not only generous in square footage, but they also commonly come with basements that you can convert into bunkers."

So, now that you've been warned, it's time to watch "Zombieland" and review Columbus's rules for Surviving the Zombie Apocalypse.