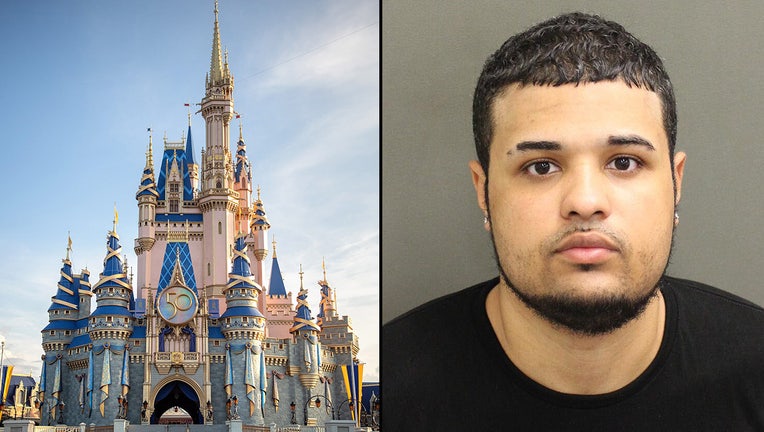 ORLANDO, Fla. - A Florida man is accused of trying to open several car doors in the parking lot of Walt Disney World's Magic Kingdom and was reportedly caught with a loaded gun when a deputy pulled him over to confront him.

When a deputy arrived, the report said that he saw a gray Cadillac leaving the parking lot. When the deputy pulled Brown over, he asked Brown if he was lost. Brown reportedly told the deputy that he had gone to the parking lot to "put something as a surprise for his girlfriend."

"He stated he had to slip something in her car so she did not know and she was at Disney right now," the report stated. Brown also reportedly told the deputy that he had a hard time finding her car.

When the deputy asked what type of car he was looking for, Brown said a silver Elantra. When asked for ID, the deputy said that Brown handed him a Florida Identification Card and admitted to not having a driver's license because he had just paid all his tickets and was told he had to wait 30 days.

As Brown was explaining about the license, the deputy reported seeing a black handgun within Brown's reach inside the car and ordered him out of the vehicle. The deputy said that Brown immediately told him the gun was registered to him.

"The firearm was loaded with a full magazine and a round in the chamber," the incident report stated. The deputy determined that Brown did not have a license to carry a concealed firearm and was driving with a suspended driver's license.

Brown was arrested and taken to the Orange County Jail. Charges listed on the incident report included carrying a concealed weapon, loitering or prowling and a moving traffic violation.