He announced that Miami Dade and Broward county will enter phase one of reopening.

DORAL, Fla. - Governor Ron DeSantis announced on Thursday that he is allowing Miami-Dade and Broward counties to begin reopening on Monday, May 18.

Speaking in Doral, the governor said he signed an executive order to allow the counties to move forward into phase one as the state's economy works to get back on track.

“Miami-Dade and Broward have both submitted plans that I’ve approved,” DeSantis said. “Today we take another important step for a very important part of the state of Florida.”

The counties, which have been the hardest hit by COVID-19, have been waiting for the governor's decision after being shut down for weeks during the coronavirus pandemic.

RELATED: Over 800 new coronavirus cases announced in Florida as another 48 deaths are reported by health officials 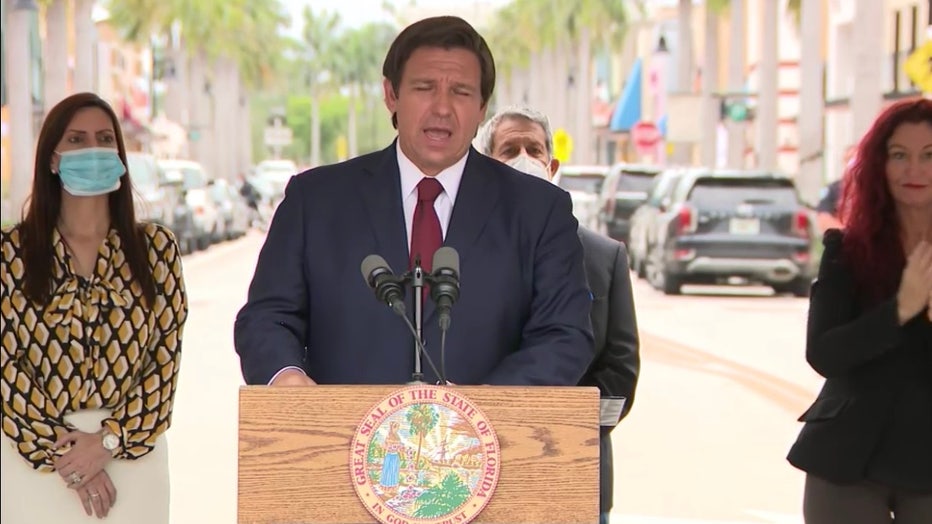 DeSantis said, "We understood that we have a responsibility to move forward in a safe, smart and step-by-step approach."

Miami-Dade released a 185-page draft this week of guidelines that should be followed by businesses that would be allowed to reopen in phase 1, including restaurants and salons.

On Monday, certain businesses such as restaurants, warehouses, and some offices will be allowed to reopen.

RELATED: When will Florida enter phase 2 of reopening and what will it include?

During the same news conference, DeSantis also announced he would be extending an order to prevent foreclosures and evictions during the coronavirus pandemic until June 2.